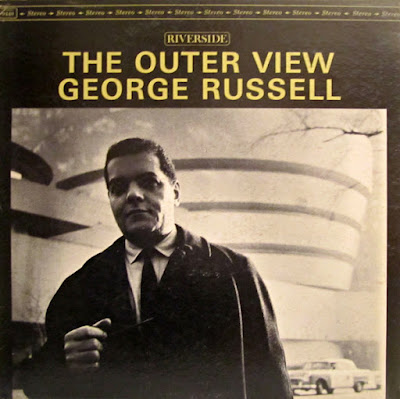 Composer George Russell's early-'60s Riverside recordings are among his most accessible. For this set (the CD reissue adds an alternate take of the title cut to the original program), Russell and his very impressive sextet (which is comprised of trumpeter Don Ellis, trombonist Garnett Brown, Paul Plummer on tenor, bassist Steve Swallow and drummer Pete La Roca) are challenged by the complex material; even Charlie Parker's blues "Au Privave" is transformed into something new. It is particularly interesting to hear Don Ellis this early in his career. The most famous selection, a very haunting version of "You Are My Sunshine," was singer Sheila Jordan's debut on records.

This recording is the last George Russell made for the Riverside label before relocating to Europe. It thus marks something of a break in his career: in later work he was to delve into electronics & jazz-rock, but this album rounds off the series of exploratory small-group sessions he cut for the label, each featuring an exciting mixture of hot soloists & sophisticated arrangements.
The album opens with a polytonal arrangement of Parker's "Au Privave"; this was a favourite strategy (cf. "Sippin' at Bells" on the _Live at the Five Spot_ disc), & is an extension of the bebop practice of the unison statement of heads. (Such a polytonal approach is audible even in some non-avantgarde recordings: listen to "Bag's Groove" on Milt Jackson's _Opus de Jazz_, or "Children of the Night" on Art Blakey's _Mosaic_.) As on "Honesty" on Russell's _Ezz-thetics_ or "The Outer View" on this disc, the soloists' slots are split between a free-time section and a straightahead swing section. The horns--the fine Don Ellis on trumpet, and the lesser-known Garnett Brown (trombone) and Paul Plummer (saxophone)--all find something interesting to say.
There's another short piece--Carla Bley's charming "Zig-Zag"--& then three long set-pieces. "The Outer View" is more-or-less of a piece with the first two (& is accompanied by a welcome alternate take): it has some of the most exciting playing on the date. "You Are My Sunshine" & "D.C. Divertimento" are more arranged, indeed through-composed; "Sunshine" is the stand-out, & the album's most famous track, climaxing on the young Sheila Jordan's bluesy & bold rendition of the lyric. It's a powerful performance, & is the main reason to get this album.
Aside from "Sunshine" this is not quite among the first rank of Russell albums--I'd name _Jazz in the Space Age_, the Jazz Workshop disc & _Ezz-Thetics_ as his best, perhaps, along with "Lydian M-1" on the Teddy Charles Tentet disc & "All About Rosie" on _The Birth of the Third Stream_. But it's nonetheless worth getting, primarily for "You Are My Sunshine".
Posted by Zen Archer at 1:43:00 PM