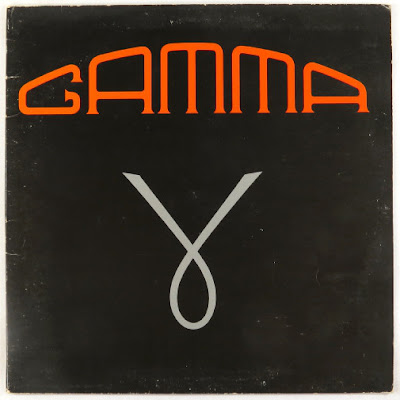 Another little-known band from Holland,who's rare works "Gamma" (1972) and "Darts" (1974) definitely worth a spin.They were formed in 1970 by their leader organist/pianist Paul Poulissen and actually they worked more like a session group than a full-time band,as Poulissen is the only musician presented on both of their albums.

Their first release,entitled ''Alpha'',came out in 1973 and GAMMA's music can be defined as a mixed bag of brass rock and soft orchestral prog rock,bringing to mind bands like EKSEPTION (for the dominent horn section) and FOCUS (for the flute-driven classical-inspired passages).The musicianship is very nice,showing a band with talent and potential,but what actually spoils the whole effort are the unbearable vocals of Frans Te Spenke,who sings like if he was a singer coming out of a low-budget musical.Fortunately the album is mostly instrumental,ranging from brass-rock parts with horns and saxes and jazzy inteplays with piano/bass/drums on the front and JAN AKKERMAN-like guitars to classical soft instrumental themes with great flute work and and the awaited early 70's sound of slight psychedelic doses.

''Alpha'' won't blow your mind,but it is certainly an decent but lost progressive work of the Dutch scene,which will definitely reward your efforts to purchase it.
Posted by Zen Archer at 2:31:00 AM