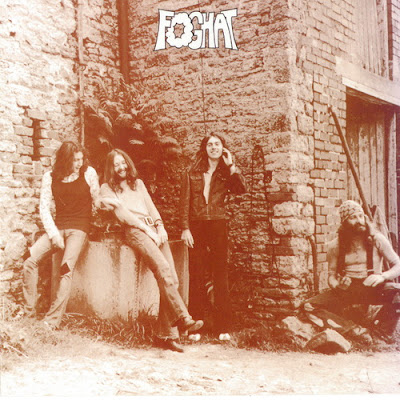 
In the 1970s Foghat's love of the blues led them to simplify rock at a time when many of their peers were adding synthesizers and complex arrangements. While critics complained that bands like Foghat and Grand Funk Railroad had dumbed down rock, fans raided record bins and flocked to concerts. "By the end of the decade," noted Richard Skelly in Goldmine, "the rock world had caught up to Foghat, and the group was clearing space on the wall for gold and platinum albums with increasing regularity." The group's success continued to build until 1978 when disco and punk pulled the plug on arena rock, leaving Foghat to limp into the early 1980s before calling it quits.

In 1971, singer Dave Peverett, bassist Tony Stevens, and drummer Roger Earl decided to break away from British blues-rock band Savoy Brown. "When we first left Savoy we were looking to rock out a bit more," Peverett told Skelly. They recruited lead guitarist Rod Price, and began to practice at the Country Club in England. The unnamed band generated a great deal of interest, leading Albert Grossman, Bob Dylan's legendary manager, to attend a practice session.

He liked what he heard and signed the new band to his label, Bearsville Records. After recording the band's first album in Rockford, Wales, the members still hadn't decided what to call themselves. They had considered Brandywine Track or Hootch, but rejected both in favor of the nonsensical name Foghat, which Peverett and his brother had dreamed up during a game of Scrabble.

Their self-titled LP rose to 127 on the American albums chart, and was bolstered when "I Just Want to Make Love to You" received airplay. It was only with their second release the following year that the band seemed to find its musical niche. The album, also called Foghat but referred to as Rock and Roll (thanks to clever cover art featuring a rock and a dinner roll), sported boogie-friendly cuts like "Ride, Ride, Ride" and "Road Fever." "Foghat's second album finds the group working its way towards the fusion of blues and hard rock that would make them an arena rock favorite,"
Posted by Zen Archer at 12:58:00 AM