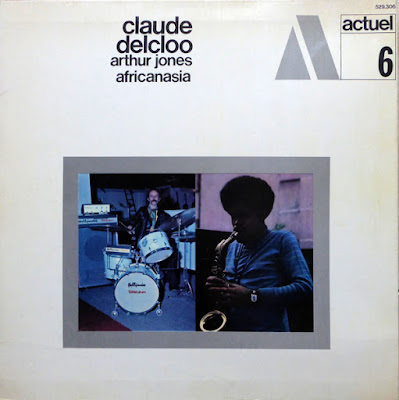 
A set led by drummer Claude Delcloo, but which features great performances from a variety of other musicians too – not just alto saxophonist Arthur Jones, who gets a lot of solo space in the set – but also Roscoe Mitchell and Joseph Jarman on reeds, Clifford Thornton on congas, Malachi Favors on log drums, and Earl Freeman on gong and percussion! Kenneth Terroade is also on the set on sax, and the album features lots of spare, stripped-down, AACM-ish moments – on the record's one long track, "Africanasia".