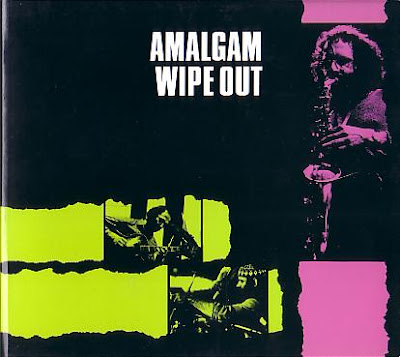 Includes 18 page leaflet with informations to the tracks and musicians.

10th  and final recording by the superb British Jazz / Improvised Music ensemble Amalgam, one of the precursors of British / European Free Jazz scene in the late 1960s and 1970s, founded by saxophonist Trevor Watts. On this album the lineup is a quartet, including guitarist Keith Rowe, bassists Colin McKenzie and George Lyle and drummer Liam Genockey, the last stable lineup of the ensemble before it disbanded in 1980 marking 13 years of activity. The music is written by Watts or is spontaneously composed and was recorded live during Amalgam's last British tour. This album was originally released on the legendary independent Impetus label as a 6 LPs set, and was unavailable for many years, which is now rectified by this CD issue. With the guitar and electric bass the sound of the band is close to Fusion, but with the extended improvisations, complete freedom of expression and virtuosity of the performers the music retains all of the qualities of Improvised Music remaining relatively accessible. This set includes three hours of visionary, complex and dense music, which is completely unique and unprecedented. Listeners looking for a total musical experience should look no further. This is classic and brilliant stuff in every respect!
Posted by Zen Archer at 7:56:00 PM