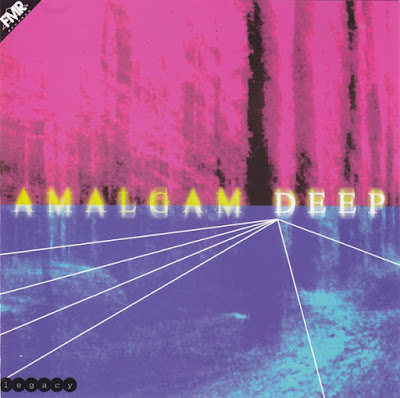 
7th  album by the superb British Jazz / Improvised Music ensemble Amalgam, one of the precursors of British / European Free Jazz scene in the late 1960s and 1970s, founded by saxophonist Trevor Watts. On this album the lineup is a quartet, including guitarist Dave Cole, bassists Harry Miller and drummer Liam Genockey, which marks the second phase of Amalgam, characterized by the dual saxophone – guitar frontline. The music is written entirely by Watts. This album was originally released on the tiny German independent Vinyl label, and was unavailable for many years, which is now rectified by this CD issue. With the guitar and double electric bass the sound of the band becomes even more close to Fusion, but the extended improvisations and the virtuosity of the performers are still the same as always. This is again quite an accessible Amalgam album ever and easily enjoyed both by Jazz and Fusion adventurous music fans. This is still a classic and brilliant stuff as always!
Posted by Zen Archer at 5:32:00 PM