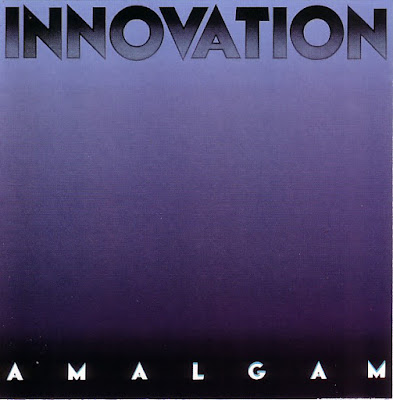 
3rd album by the superb British Jazz / Improvised Music ensemble Amalgam, one of the precursors of British / European Free Jazz scene in the late 1960s and 1970s, founded by saxophonist Trevor Watts. On this album the lineup includes the legendary drummer John Stevens, pianist Keith Tippett, bassists Kent Carter and Lindsay Cooper and conga player Terri Quaye. The music includes four compositions by Stevens and one by Watts, all of which are excellent vehicles for the extended improvisations. This album was originally released on the tiny independent Tangent label, and was unavailable for many years, which is now rectified by this CD issue. In many respects this album is quite different from most of the ensemble's output, as it includes a piano, which was not usually included in the lineup, mellowing the overall sound. Tippett plays wonderfully of course and his contribution is most valuable. Overall this is yet another example of the wonderful forces at work during a most illustrious period in British Jazz. A classic of the genre and a must for any Free Jazz / Improvised Music buff!
Posted by Zen Archer at 4:16:00 AM