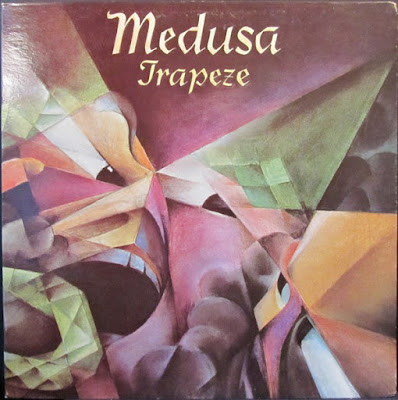 Medusa is the second studio album by English hard rock band Trapeze. Recorded in 1970 at Morgan Studios, it was produced by The Moody Blues bassist John Lodge and released in November 1970 by Threshold Records. The album was preceded by the release of the single "Black Cloud" in 1970.

Not only is Medusa the finest offering from '70s outfit Trapeze, it is one of the decade's most underappreciated hard rock recordings. With a lineup that consisted of future Deep Purple, Judas Priest, and Black Sabbath members, there seems to be proof that at least a few fellow musicians appreciated this 1971 offering. Fans of his later work might be surprised by Glenn Hughes' soulful vocal delivery, especially on the midtempo blues-rockers like "Black Cloud" and "Your Love Is Alright." Guitarist Mel Galley also deserves mention for his sparse approach to classic rock riffing that is catchy and affective. Even the ballads are focused, memorable, and unique. There are some melodic moments on the closing title track that sound almost as if a '90s alt-rock crooner composed them. Considering that Medusa predates many similar, and more successful, classic rock LPs from the likes of Bad Company, Nazareth, Foreigner, and others, it's a wonder that the record isn't mentioned more when influential albums of this era are discussed.
Posted by Zen Archer at 10:38:00 PM