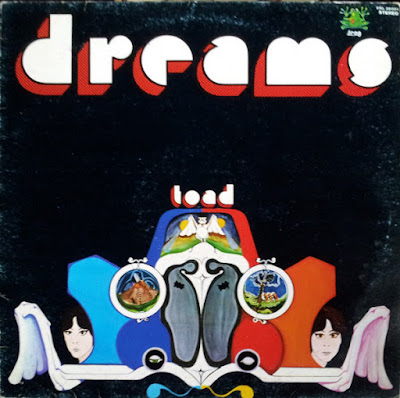 
Toad's final album, Dreams was full of potential but, sadly, languished in the wake of bigger '70s acts like Led Zeppelin and Deep Purple. It's a shame, too, because much of what was there was the best work of the band's career. Normally Toad brought in guest singers to helm the vocal duties, but Dreams found powerhouse guitarist Vittorio Vergeat (aka "Vic") on the mike for all of the album's tracks -- and the kid was pretty darn good. Why Vergeat was so keen on handing off the microphone to others is a mystery, since his thin and reedy voice was tailor-made to sit perfectly in Toad's alternately heavy and pastoral arrangements. Just give opening track "Keep on Movin'" a spin and you'll wonder why they felt the need to pull Bens Jaeger on board for their debut album's lead vocals. The rest of the band was in tip-top shape as well, delivering both the hard-rockin' tracks and the acoustic ballads with equal facility. Maybe not the finest power trio in rock history, but certainly worthy of more than a footnote in its obscuro chapter.
Posted by Zen Archer at 9:43:00 PM