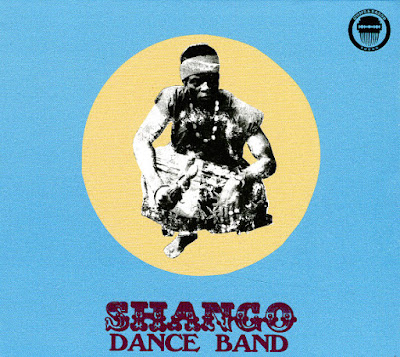 
In the early years of Fela Kuti's career, well before he would define the genre of afrobeat, and leave an indelible mark on the musical landscape, he was a struggling trumpet player, seeking to redefine the sound of his current group, the art-jazz ensemble Fela Ransome-Kuti Quintet. As he moved his group towards the then-popular genre of highlife in 1963, he lost his bassist in the move towards commercial success, but gained the company of Ojo Okeji, who had a sterling reputation both as a bassist and percussionist in groups like Lagos Cool Cats, Rex Williams' Nigerian Artistes, and Western Toppers Highlife Band, a favorite of Kuti's. Okeji impressed Kuti with his deft jazziness on the bass, so he was in on the spot, and the Fela Ransome-Kuti Quintet became Koola Lobitos. It was Okeji that introduced Kuti to the famed percussionist Tony Allen, (Who would subsequently join Kuti into his greatest years as an artist) as well as conguero Abayomi "Easy" Adio. During his time in Koola Lobitos, Okeji not only contributed deeply melodic, and adeptly rhythmic baselines, but brought his own influence from emerging US soul artists like James Brown & The Famous Flames and Wilson Pickett, heavily pushing Koola Lobitos towards a more soulful direction. This push was often resisted by Kuti, who frequently clashed with Okeji. 1968 proved to be a turning point for the group, as the Nigerian Civil War broke out, and many starving musicians turned to the military for work. Okeji and Adio would leave for the army, while Kuti and Allen kept Koola Lobitos going, where it evolved through different names and iterations and grew into the worldwide afrobeat force that made Kuti an icon during the 70s and 80s. But as Kuti and Allen rose to global recognition, Okeji and Adio would form a new band within the ranks of the 6th Infantry Brigade of the Nigerian Army. Their emblazoned blue jackets earned them the nickname "The Blues , but Okeji preferred the name Shango after the Yoruba thunder god. Shango took the fundamentals of Kuti's famous afrobeat and brought new layers of guitar and horn arrangements, while often invoking supernatural aesthetics, and maintaining a love for the US soul artists that influenced Okeji so much. Because Shango was an army band however, their records were not readily available to anyone outside of the military so their music, including their eponymous 1974 LP, remained relatively unknown even amongst the people of Nigeria. Decades later Comb & Razor is thrilled to present this long-lost Nigerian gem for the first time to a world-wide audience.

During military service with the Nigerian military in 1978, former Fela Kuti collaborators Ojo Okeji and Abayomi "Easy" Adio decided to form a new band. Featuring other musicians recruited from within the ranks of the 6th Infantry Brigade of the Nigerian Army, the Shango Dance Band recorded an eponymous debut album that was only ever available to other military personnel. Here, it gets a first worldwide reissue. Similar in ethos to the Afrobeat sound the duo had helped Fela develop - but with extra layers of guitar, percussion, and gravel-throated U.S soul style vocals - Shango Dance Band is as potent and funky as anything released in Nigeria during the period. Thanks to the excellent Comb & Razor Sound, it's no longer a hidden classic.


Shango is the name for the Yoruba god of thunder in Nigeria and Ojo Okeji, the leader of the Shango Dance Band was all about injecting military power and warlike energy in his own strain of Nigerian highlife and afrobeat. However, apart from all of Okeji's cult-like stories involving him and his part in the Nigerian army during a time of civil unrest in the late 60's and through to the 70's, and his often troublesome relationship with the great Fela Kuti, the truly special aspect of the Shango Dance Band album is that it was never properly released following its production in 1974. Comb & Razor have done the right thing here and, without them, this magical LP would still be locked away in the never-ending vaults of Nigerian music. This is very personal, incredibly singular African jazz-dance with a raucous psychedelic edge that lifts it high and mighty above the competition. A truly special album - DO NOT MISS IT.