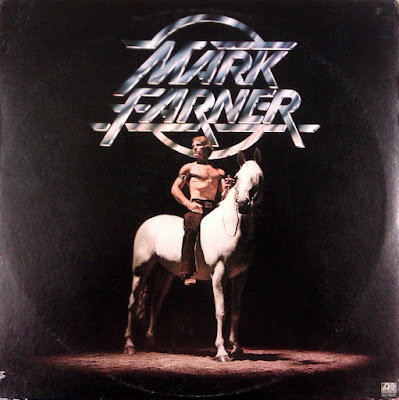 
Mark Farner's early solo work after the breakup of Grand Funk Railroad exists in a curious musical no man's land -- Farner had clearly grown tired of the no-frills meat-and-potatoes hard rock that first made his name with Grand Funk, but his ambitions seemed grander than the more pop-oriented music that took We're an American Band and Shinin' On to the upper reaches of the charts. Mark Farner, his 1977 solo debut, was produced by Dick Wagner, which should have been an inspired combination; Farner and Wagner had been bandmates in the Bossmen years before, and Wagner's hard rock credentials were solid after years on the road with the Frost, Lou Reed, and Alice Cooper. However, the results are not much to write home about; Wagner's slick production and the overcooked arrangements put a glossy sheen on the material that does the tunes few favors, and these ten songs don't represent the strongest material of Farner's days in music. The anti-groupie anthem "Dear Miss Lucy" and the inner-city tale "Street Fight" both try to work up some hard rock swagger, but the overly busy percussion and banks of keyboards take the focus away from Farner's guitar, which doesn't cut as deep as it could. And when Farner tries his hand at dance-friendly R&B material with an undertow of rock guitar (hey, this was the era of disco) on "You and Me Baby" and "Second Chance to Dance," he sounds entirely out of his depth. Farner also dips his toes into the themes that would dominate his later Christian rock sets on "He Let Me Love" and "Social Disaster," but without the same strength and assurance he'd show a few years down the line. And while the album rallies with the seriously silly closer "Ban the Man," Mark Farner is a lost cause by that point; it lacks the force and cohesion of even Grand Funk's weakest work, without bringing much new to his music that was worth hearing.
Posted by Zen Archer at 1:16:00 AM