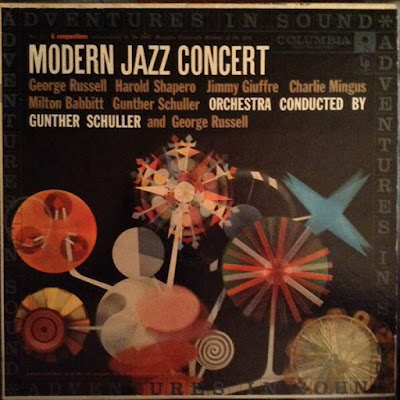 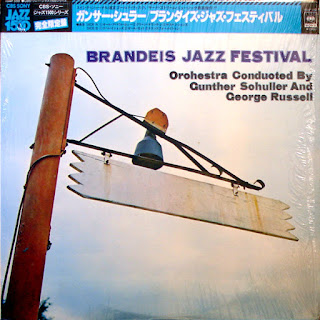 (Reissued in 1977 in Japan as Brandeis Jazz Festival)


Most of the material is representative of third stream experiments popular for a time in the late '50s and early '60s, with Bill Evans in the role as a hired hand rather than leader, the role that falls either to conductors Gunther Schuller or George Russell, with most of the tracks originating from a Columbia LP titled Modern Jazz Concert and having reappeared in various incarnations with other selections in earlier reissues. Russell's impressive modern big band scoring of his "All About Rosie" is easily one of the highlights, with terrific ensembles and solos. Charles Mingus' "Revelations" is rather ominous, often suggesting the influence of Igor Stravinsky. The last three tracks are from an unrelated live Newport Jazz Festival Verve recording by mellophonist Don Elliott, who leads a quartet with Bill Evans, bassist Ernie Furtado, and drummer Al Beldini through merely average arrangements of three standards. The piecemeal gathering of these very dissimilar sessions for two different labels is troublesome, though the difficulty in acquiring this music make this edition a viable option for collectors.