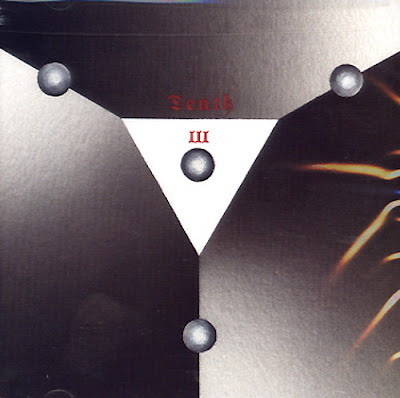 
The selling of the Detroit trio Death as a proto-punk band helped the long-lost group catch the attention of modern listeners, but with their third archival release, it’s become clear that they had much more than spit and snarl up their sleeves.

When Death’s meager, forgotten discography from the 70s began to be unearthed in 2009, it made sense to peg the group as proto-punk. In fact, the first Death collection, …For the Whole World to See, went out of its way to reinforce this image. Here were a trio of African-American brothers from Detroit who—before the Ramones had released a record—laid down a lean, ferocious form of rock'n'roll. But even that initial anthology of songs, as carefully as it was curated, showed that Death always had more going on—an impression driven home by 2011’s more varied (if less consistent) Spiritual, Mental, Physical. Like The MC5 before them, Death drew from the lineage of Detroit R&B—and not just the commercial Motown variety—while sinking their teeth into the darker side of feedback-laced psychedelia and hard rock.

The selling of Death as a proto-punk band certainly helped the long-lost group catch the attention of modern listeners, especially now that they’ve reformed (minus their late leader, guitarist David Hackney). But with their third archival release, Death III, it’s become even clearer that Death had much more than spit and snarl up their sleeves. “North Street” pulses and pounces, but it does so fluidly—and with a bluesy lasciviousness that’s more Thin Lizzy than the Stooges. That aggression carries over into “Restlessness”, a pummeling confessional that melds the homegrown chops of David, bassist-vocalist Bobby Hackney, and drummer Dannis Hackney into a smoothly pneumatic machine. And while the drumless demos “Introduction by David” and “Free” show off little more than searing tones and promising ideas, they’re not significantly sketchier than the studio tracks “Yes He’s Coming”, with its tinges of echoing, off-kilter gospel, and “Open Road”, an awkward, start-stop speed-waltz that highlights Death at their least together and coherent. Death always reached for something just beyond their collective talent, and that’s both the strength and weakness of these recordings—and a reflection of David’s lifelong, and ultimately frustrated, quest toward a spiritual ideal.

The 2013 documentary A Band Called Death simultaneously reinforces and undermines the image of Death as punk godfathers. Even as the word “punk” gets bandied loosely about in the film, some of David’s gentlest compositions, “We Are Only People” and “We’re Gonna Make It”, are featured prominently in the soundtrack. Death III includes both those songs: “We Are Only People” is a spacious guitar meditation that starts out sounding like an interlude off a Hendrix bootleg before morphing into a sprawl of raw yet progressive funk, something Earth, Wind & Fire might have made in the 70s if they’d been a stripped-down, lo-fi garage band. “We’re Gonna Make It” hails from 1992, when the brothers briefly reunited; sweetly clunky, it’s a nugget of uplifting pop-rock—with an almost countrified undertone—that’s poignant because of its corniness, not despite it.

When you take into account the Hackneys’ full body of work—from their R&B outfit that existed before Death, RockFire Funk Express, to their Christian-rock outfit that existed after Death, the 4th Movement—it becomes clear that the “punk” tag they’ve been saddled with is as inaccurate as it is limiting. Even defining punk in its broadest terms, as an ethic rather than an aesthetic, doesn’t cover what Death was truly about. They were in many ways uncompromising—but as Death III shows, they were just as happy to make sweet, pleasing music in the hopes of reaching a larger audience. That conflict of sound and approach, a symptom of the group’s internal tensions as musicians and as siblings, makes these songs both more soulful and tougher to cram in a pigeonhole. The best thing about Death III is that it finally unravels the narrative set up by their previous two albums: that Death was a punk band, one that in some way may have even helped invent punk. It’s an absurd notion, and one that sells short what the Hackney Brothers actually accomplished. The truth is much messier, and much more beautiful.
Posted by Zen Archer at 4:32:00 PM