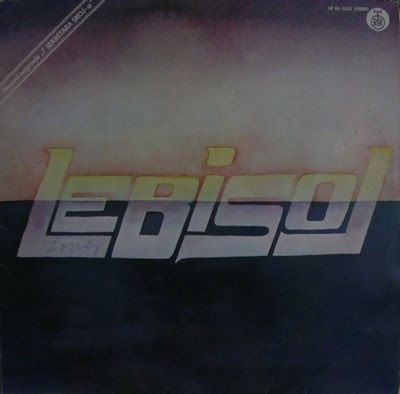 
he second LEB I SOL album repeats the formula from the debut. The same line-up, the same instrumentation, the same producer (J.Bocek) and similar ratio between instrumentals and songs with lyrics (one less in this case ). Preconditions for the "second album trap"? No, this time we are talking about genuine masterpiece of ex-Yugo fusion! Production is better, all instruments sound better, compositions are better, and all musicians expressed their ideas more bravely. Stefanovski is not much of a vocalist - indeed, LEB I SOL are first and foremost the instrumentalists - the vocals are often moved to the second front, much like Andy Latimer did with CAMEL. But even his rare voice is better here on the second album. Side A of the original vinyl (first 4 tracks) are simply stunning: "Akupunktura", "Kako ti drago", a great crescendo of another traditional "Aber dojde Donke" and vocal hit "Talasna duzina" are worth the price alone. But the rest must not be overlooked: the most furious guitar solo I ever heard in "Marija" and a closing short acoustic song "Bonus" which was to become a sort of LEB I SOL anthem during their live performances when it was usually pretty extended. All members of the team are giving their best, especially Dimusevski's piano and synths shine. LEB I SOL music was always more melodic and skillfully played than avant-garde or explorative, so if you are looking for a tasty and technically superb rework of traditional Macedonian folk melodies with odd time signatures done in a vein of Allan Holdsworth playing guitar with RETURN TO FOREVER, search no more!
Posted by Zen Archer at 11:56:00 PM 1 comment: Links to this post 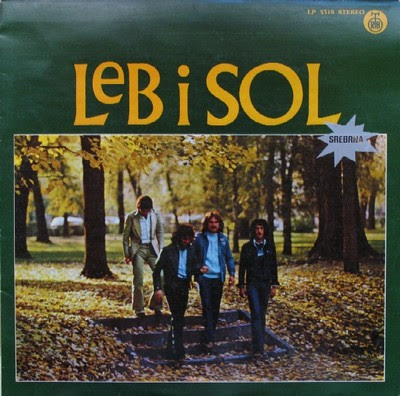 
LEB I SOL (Eng. "Bread and Salt") was a premier fusion ex-Yugoslavian band. They were formed on 1 January 1976 in Skopje, the present "Former Yugoslavian Republic of Macedonia", with the original line-up consisting of: Vlatko STEFANOVSKI-guitar and vocals, Bodan Arsovski-bass, Nikola Dimusevski-keyboards and Dimitrije Cucurovski-drums. In mid-1977 Garabet Tavitijan replaced Cucurovski on drums and this line-up would last until 1980, making the first three albums of largely instrumental Macedonian ethno-jazz-fusion that remain their best work so far. Dimusevski left in 1980, to be replaced for a short time by Miki PETKOVSKI (ex-SMAK) but he also quit shortly. The remaining members decided to continue as a trio (without keyboards), so the fourth album introduced a change of music direction from pure jazz-fusion into more rock-based territory, retaining some ethno-fusion elements but making them more accessible to mainstream pop/rock audience. Tavitijan left in summer 1982 and his replacement was Dragoljub Djuricic, ex-YU GRUPA drummer. The same year they changed their record label from Belgrade-based PGP RTB to Zagreb-based Jugoton. The 8th album "Tangenta" was produced by the Canterbury scene veteran Kevin AYERS. Tavitijan was back on drums in 1986, while the following year they added saxophone and keyboards for "Kao kakao" album, making another radical shift towards AOR laid-back sound with all vocal tracks, including several pop-hits, abandoning prog explorations almost entirely. Dimusevski was back in team for the last studio album "Putujemo" in 1989, while Djuricic again replaced Tavitijan on drums for the North American tour and "Live in New York" album in 1991. They played their farewell concert in Thessalonica, Greece, December 1995, after which LEB I SOL disbanded. Stefanovski and Arsovski founded their private label Third Ear Music in 1990 and continued with successful solo careers.

In the beginning LEB I SOL were much under influence of SMAK, especially in similar attempt to marry the jazz-rock instrumental approach with the traditional Balkan sounds. First two albums are essential collection of excellent instrumental songs often covering the Macedonian traditionals. "Rucni rad" is their most demanding effort, exploring the deep space of jazz improvisation, while the fourth album, although reduced to basic rock trio, still carries the spirit of fusion. Stefanovski was always considered one of the best guitarist of the former Yugoslavia, although his technique is quite similar to Allan Holdsworth's or John McLaughlin's. Arsovski was on the other hand a champion of the fretless bass playing.

Similar artist on the international scene would include WEATHER REPORT, GONG or MAHAVISHNU ORCHESTRA, so LEB I SOL is highly recommended to the fans of these. Also those in favour of Canterbury scene or ethnic-fusion will probably find many interesting moments in listening to LEB I SOL albums. Their late 1980s work would appeal to the listeners of a laid-back jazzy type of art-rock. This is the most important and the most popular Macedonian band of all times and one of the best ex-Yugo bands.

What a debut, what a band! They sound like they re-invented some genres and fused them in a unique way..well, they did. LEB I SOL is a band that was always bordering between fusion and (Balkan) folk. They were riding on that thine line from the very beginnings - of course, inclining towards a more regressive dimension in the 80's - pop music. However, their entire career is worth checking, and the first two albums are the best.

They were not the pioneers in incorporating Balkan scales and odd meters in rock music (check SMAK), but what they did was never heard before and never surpassed, not even today.

The albums starts with "Devetka" ("Nine"), cool, almost funky groove on Hohner clavinet in 9/4 (or slow 9/8) and tight drum playing, with layers of shifted/delayed guitar melody (borrowed from the old Macedonian folk tune). Delay effect is very simple, I dare to say primitive, but the effect is great. Koki's ornamenting with sparkling electric piano and his trademark portamento synth (Sequential Pro-One, if I'm not much mistaken) solos. A great start.

"Pod Vodom" ("Under The Water") has opening melody in a Balkan folk vein (although in 4/4), but the rest of the songs continues towards furious jazz-rock, with jazzy solos on keys and remarkable guitar melody. "Utrinska Tema" ("Utrina Theme") is the first of three numbers with vocals. Vlatko, the guitar player, was taking the role of singer when necessary, and he is not an outstanding singer by no means - but his voice is pleasant and non-pretentious. It would be a bit too much to expect from an outstanding guitar player to be a great vocal performer too, however, this song is beautiful (melody) although it seems a bit undeveloped (fade out occurs during the guitar solo).

After the fade out, a drum solo! Oh, how I hate drum solos.

This one is one-minute intro to "Kokoska" ("Chicken"), which is, in my opinion, one of the best songs in the history of progressive rock. I can easily forgive the drum solo, it's really impressive anyway. I won't go into an in-depth analysis of my darling, but just to let you know, this is the PORTRAIT, they managed to portrait a chicken with musical instruments, with octave jumps on Clavinet, with 7/8+9/8 killing section that sounds really like a chicken, pointlessly walking around and searching for food.

After that, "Nisam Tvoj" ("I'm Not Yours") is just a beautiful love ballad, nothing less, nothing more. It won't mean much if you don't know the language. However, electric piano is following the vocal melody...just perfectly. Pay attention.

"U Senci" ("In The Shadow") is a bit below par with the rest of the songs: it's not bad at all - it contains the same furious jazz-rock energy as "Pod Vodom", and some folk-based ultra-fast guitar licks, but sounds like a mixture of Weather Report, Return To Forever, Mahavishnu - you name it, and hell, it reminds a bit too much of Billy Cobham's "Magic" (released the same year).

"Cudo Za Tri Dana" (I don't know how to translate the figure of speech - literally "A Miracle For Three Days") is fortunately short (less than 3 minutes) and it's just a bland attempt of the band to make a sweet ballad - lyrics are atrocious. However, I will forgive it because of a few nice Mellotron layers and a certain spleen of naive, not so untypical in Yugoslavian songs of the era.

In conclusion, this album is a milestone of progressive rock in former Yugoslavia; a new expression that will leave significant traces in contemporary music from prog to blend pop up to this day; the debut of the legends. I can't express enough how this debut was significant and influential.