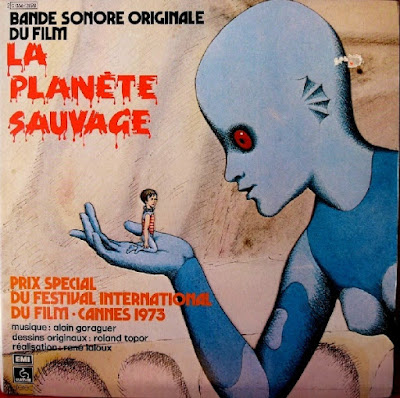 It comes as no surprise that La Planète Sauvage has been cited as an influence on contemporary artists such as French duo Air and American hip-hop producers J Dilla and Madlib. Gorgeous, interplanetary soundscapes resemble the surreal meeting point between Pink Floyd's Obscured by Clouds and Broadcast's Future Crayon.

Even if you know nothing about the movie, this recording stands well enough on its own. Really trippy and dense, it is a testament to the unfortunate reality that they just don't make 'em like this anymore. Tastefully orchestrated and uniquely original. A must for the collector of the avante-garde, psychedelic, or experimental.
If you are familiar with the film (an animation milestone and a great film in its own right), you may be suprised at the length of the soundtrack and that there are many tracks that were not used in the film. NO B.S. here. And don't be turned off by the flat sound of the actual film. The sound quality is excellent; the music is even better.
Actually at times sounds like you are being persued by a race of giant blue aliens, but at the same time you are in awe of the mistique and odd beauty of the landscape-- the fantastic planet, with its strange unearthly creatures, creepy soundscapes, surreal psychic energy.
A classic by a quite unknown composer whom was rightfully selected to realize the score to this great film, and by the grace of the gods, and the mercy of the giant blue Traags, his work is available to us here on a planet which is just as savage, but not nearly as fantastic.
5 stars for the atmosphere that this album creates alone. It is genuinely creepy, but not like in a Halloween-like way. Not a rock album (has common elements), not really a new age type of album either. 5 stars for the instrumentation and occaisional backing vocals (that clavichord/ wah wah guitar just oozes from the speakers. Strings, drums, and bass complement nicely. The sound is just delicious. 5 stars for the actual music, which ranges from soothing to driving to outright freakish at times. Always odd, never boring. 5 stars for the production and originality. 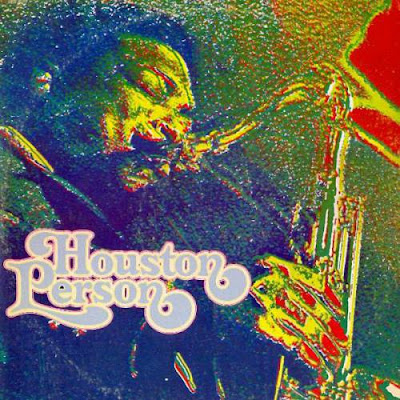 The Real Thing proved to be Houston Person’s Prestige Records’ swan-song. It was  a double album of cover versions. Songs by Stevie Wonder, The Spinners and The Ohio Players that feature on The Real Thing, which features the great and good of jazz.

Just like previous albums, Houston brought onboard guitarist Grant Green, drummers Hank Brown and Idris Muhammad and Hammond organists Sonny Phillips and Brother Jack McDuff. They were joined by vocalist Etta James, who added the vocal on Don’t Go To Strangers. This was one of twelve tracks on The Real Thing, which proved to be Houston Person’s Prestige Records’ finale.

On its release in 1973, The Real Thing, Houston Person’s twelfth album wasn’t a commercial success. It was however, well received by critics. Blues, jazz and R&B sat side-by-side. However, sales were what mattered, and The Real Thing proved to be the end of Houston Person’s time at Prestige Records. It would be two more years before Houston released another album.
Posted by Zen Archer at 1:34:00 AM 1 comment: Links to this post 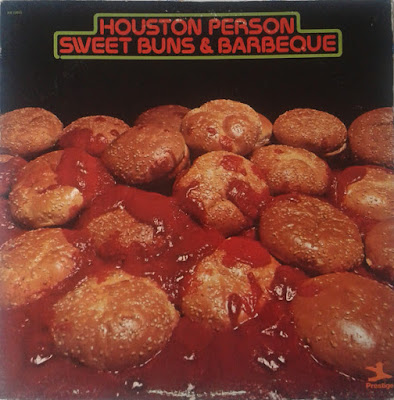 Pianist Richard Tee joined drummer Bernard “Pretty” Purdie, bassist Ron Carter and guitarist Joe Beck. Along with what seemed like a cast of thousands, they recorded the six songs that became Sweet Buns and Barbeque. It was released in 1973.

It seemed the breakup of the Bob Porter and Houston Person partnership had affected Houston’s music. No longer was the music as groundbreaking. That, however, may not have been Houston’s fault. Maybe, Prestige Records were looking for music that was commercial? Sadly, we’ll never know. What we do know, is that Houston Person’s time at Prestige Records was almost at an end. 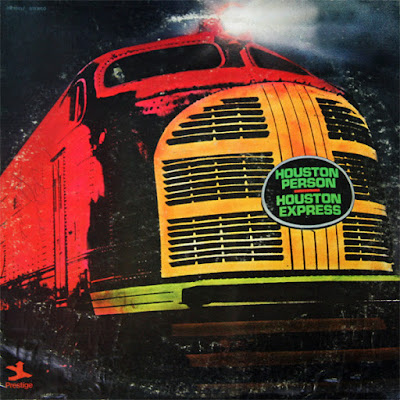 By 1971, funk was flavour of the month. Jazz was no longer as popular as it once had been. So, on Houston Express, Houston Person and a band that included drummer Bernard “Pretty” Purdie and guitarist Billy Butler, fused musical genres.

Houston Express was essentially an album of funk, jazz and R&B. It was quite different to Houston’s previous albums. However, Houston and Bob Porter realised the importance of moving forward musically. They realised that if a musician stands still, they risked becoming irrelevant. There was no chance of this happening to Houston.

When critics heard Houston Express, they hailed it one of Houston’s finest albums. The constant reinvention of Houston Person was working. He was still commercially successful in an era when jazz’s popularity was plummeting. That took some doing. However, Houston managed to do this. Would his success last though?
Posted by Zen Archer at 12:26:00 AM 1 comment: Links to this post 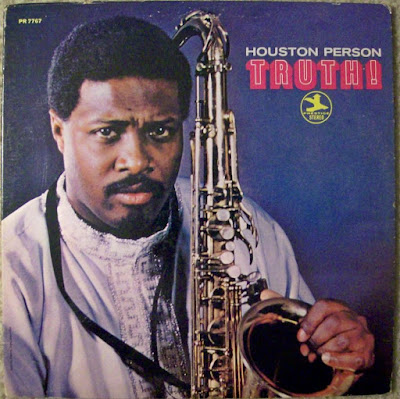 
Commercial success and critical acclaim continued with Truth! Released in 1970, it featured guitarist Billy Butler and Sonny Phillips on Hammond organ. The result was a fusion of jazz and R&B. This went down well with critics and record buyers. Bob Porter had transformed Houston Person’s sound and career.