Here we have an album that's both 100% peculiar and 100% commercial at the same time. In 1968, the record buying public was as open-minded as they'd ever be, so it's a mystery why something with as many commercial hooks as this wasn't an absolute monster. Maybe the ridiculously inappropriate cover turned people off, as it gives off a stark downer vibe, rather than hinting at the lush upbeat pop within. Whatever the reason, everyone missed out on one of the most addictive records they could ever hope to hear. Every song sounds like a hit; they'll stick into your memory after just one listen. It's the long lost great album every pop geek collector seeks, a sticky-sweet confection subversive enough that the most jaded satirist can appreciate it, and full of enough freaky ideas that the most pop-phobic psych-head will approve. Much of the album was intended to be "of its time", but it has aged extremely well. The production techniques remain fresh and the political lyrics have proven to be prophetic. It's not dated; it's a sharp look back at the time that was, and the wisdom of 35 years make it seem smarter and more on target than ever.

Daughters of Albion is a duo, Kathy Yesse & Greg Dempsey. Leon Russell produced, and the songs were played by a host of talented but unaccredited session folk. Over the years Russell has gotten most of the credit for the album's creativity, but you have to give Dempsey his propers here, as Russell's own early albums never employed quite this many unusual ideas. In perfect pop song fashion, every song but the closing suite is between 2:49 and 3:19. The songs are impeccably structured, and filled with brilliant experiments and twisted arrangements. The major-to-minor chord progression and "ba BA" refrain on "Yes, Our Love Is Growing" shows that Dempsey has learned every great pop-hit songwriting trick in the book. Yes, it's derivative, but so is most of the best music. When you first listen to this song, you'll swear you've heard it before, except that somehow it's better now. And it's true, because you've heard the chord progression, but never with such a great melody. Or maybe you've heard the melody, but never with such fantastic singing. These are sparkling melodies heightened by the singing of an angel. 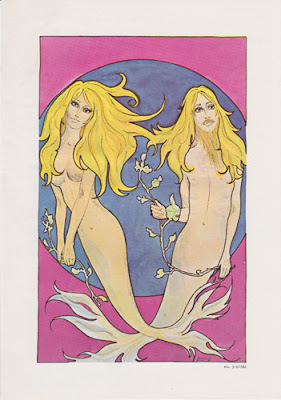 Yesse's voice is an amazingly powerful instrument. It is crystal clear, expressive, and her range is phenomenal. Dempsey, who sings maybe a third of the time, strains here and there, but Yesse has no problem hitting impossibly high notes such as those on "Hey, You, Wait, Stay." Even more mind-boggling is "1968: John Flip Lockup", which speeds up the voices to create a high-pitched Alvin & The Chipmunks-like effect. On the next verse, with the speed back to normal, Yesse sings the exact same notes.

Some of the album's most effective production tricks take several listens (or a good listen through headphones) to discover. Check out the whispered backing vocal on "Yes, Our Love Is Growing", or the way the backing vocals surround each other in "Still Care About You". Note that Dempsey is singing two sets of lyrics at the same time on "Sweet Susan Constantine". All of the songs have elaborate vocal arrangements, and instruments like bells, xylophones, harps and clarinets all used to tremendous effect. It sounds like they spent more time in the studio than Pink Floyd. Horns and strings abound, but their moments are chosen wisely. You never find yourself thinking "hey, this song has horns on it". Even on a song like "I Love Her And She Loves My", which approaches arrangement overkill, the unexpected two-guitar solo shows that every listener's expectations will be shattered. What could have been cheesy survives with dignity, ie: "Good to Have You" & "Still Care About You" which would have been perfect covers for The Carpenters if they had only been hip enough to have discovered this unheralded masterpiece. 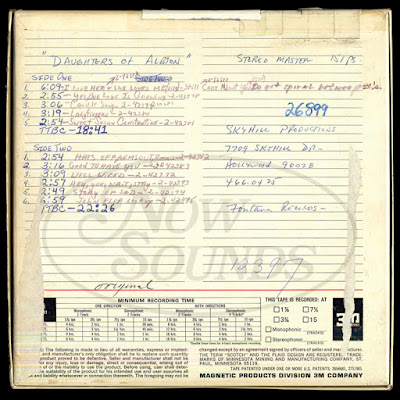 Psych fans will be taken to a higher plane by "Well Wired." It takes the album 's catchiest melody (which is to say the catchiest melody of 1968) and completely deconstructs it. The lyrics degenerate into non-sequiturs, one verse ends with farting sounds, in some parts the instruments and sound effects drown out the singing, in others the instruments disappear. At times the backing music fades in and out as if someone is messing with a radio dial. The instrumental accompaniment is not once fully intact during the chorus, and by the end Yesse's vocals shine proudly while everything but a lone keyboard drops out behind her. It takes balls beyond belief to gut a potential hit like this, and while they probably blew their best chance at radio play, in doing so they created an eternal masterpiece. "Still Care About You" uses a similar technique, dropping instruments out and returning them while a hearty set of strings chug away in the background, all reminiscent of Leon Russell's "Look Inside The Asylum Choir" LP, released the same year. Like the Asylum Choir, it's possible that Daughters of Albion failed commercially because they just didn't care if the clever lyrics, weird arrangements, and left-field moments usurped the radio-friendly melodies. They were having too much fun to control themselves. They don't play a single song completely straight. The lyrics go well beyond love song clichés. Sometimes they goof off: after the break on "Hat Off, Arms Out Ronnie" Yesse starts singing too soon, then says "oh, sorry." There's a sense of tragedy too, most notably on "The Story Of Sad". Elsewhere, Dempsey's songs are as politically astute as Phil Ochs and as satirically sharp as Frank Zappa.

The closing suite, "1968 / John Flip Lockup", does more for the rock opera format in seven minutes than many other aspiring musicians who followed. It's an utterly surreal, spot-on sendup and summation of the late 60s. Just a few of the song's highlights: Imitations of Bob Dylan, The Beatles, Rolling Stones & the Pope, plus a repeated chorus:"alms and qualms and kumquats Charlie". What does this mean? Then there's 'Alvin Chipmunk' style singing "He's smearing berries on his face and jumping to the ground", 'John Lennon' saying "and he turns out to be Pope Paul in drag", a circus barker shouting "see the amazing Lee Oswald. He can shoot from five, count 'em, five directions at once". Keep in mind that even Bob Dylan bought into the lone gunman theory with "He Was A Friend Of Mine," as did the Byrds when they covered it in 1965. The majority of the public wouldn't begin to fully believe the conspiracy for many years yet. Elsewhere, a lone voice says "by the way, Lou, whatever happened to all the kids' money from Monterey?" Ho ho!! It's hard to imagine anything following "1968 / John Flip Lockup", which is the apotheosis of rock & roll political humor. The amazing energy in that song (when they sing the ridiculous "alms and balms" part, the band is rocking with abandon), is something that would eventually be softened with experience and age, but the unpretentious magic of that special period of time was captured here, and still works today, as it did then.

Some people think this LP is the greatest thing they've ever heard, commenting particularly on the fine vocals. Appreciation for the arrangements growing after each listen. The melodies hook you immediately but the arrangements and oddities keep it eternally fresh. It may help to be amenable to poppy melodies, but this isn't the Association, or even Sagittarius. It has guts. It is a cracked masterpiece, and just about the most entertaining listen in any record collection. 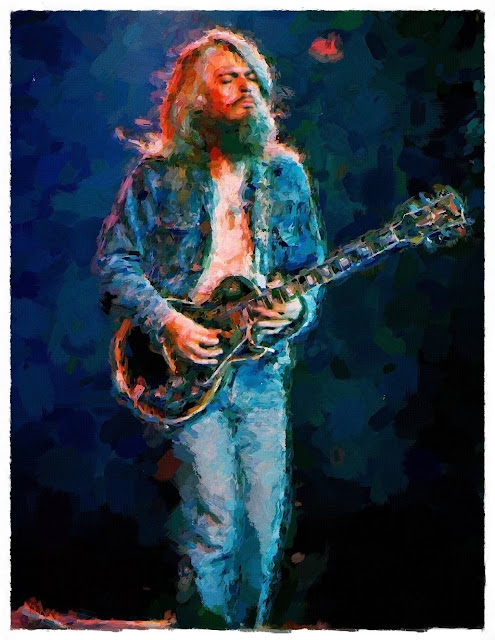