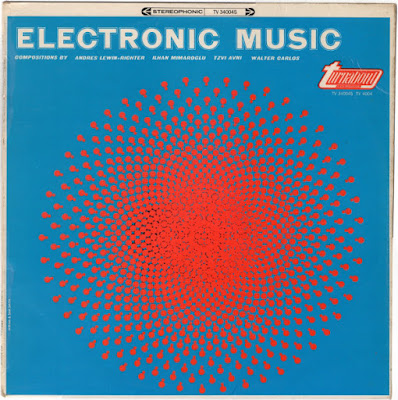 Excellent mid 60's LP collection of truly out electronic pieces by Andres Lewin-Richter, Ilhan Mimaroglu, Tzvi  Avni, and Walter Carlos. Side 1 is a bunch of primitive synthesizer sounds seemingly at random. Interesting yet perplexing. I like listening to bizarre things but no one I know would make it more than a minute or two. Side two starts out with more electronic sounds with hollow electronic voices mixed in. Continues on with some almost musical passages, still my wife was giving me the WTF? look. I'll give this one a poly lined sleeve. Interesting enough to pull out once every 4 or 5 years. Sound quality is pretty good. 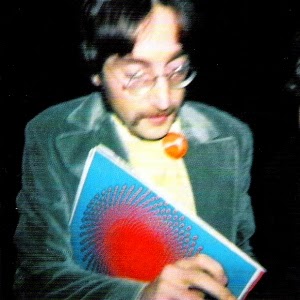 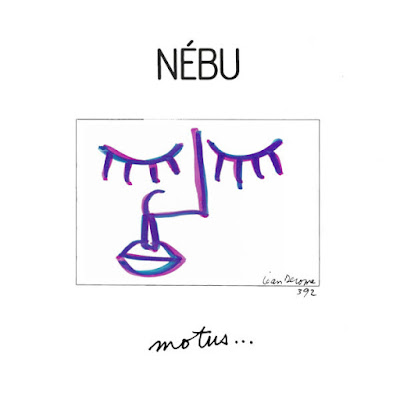 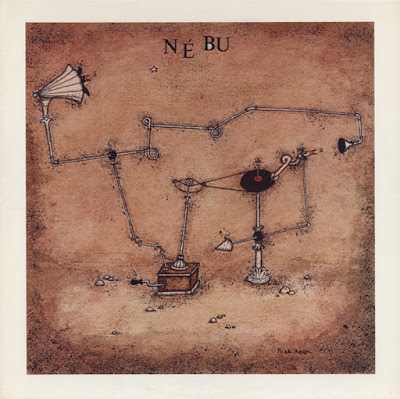 
Nebu arrives on the scene as Quebec begins to familiarize itself with jazz. Uniting flutist Jean Derome, pianist Pierre Saint-Jacques, and bassist Claude Simard, the trio combine jazz and progressive notions. The story begins in 1973, while Derome was studying at the Cegep St-Laurent. (He would pursue musical conservatory studies at the Conservatoire de musique du Qu&eacute;bec.) The ensemble appeared regularly on stages across Quebec, as well as the Festival de musique ouverte in Chateauvallon, France.
Their first album appears in 1978, no doubt aided by their connections with Conventum's Rene Lussier (credited as production assistant) and the group Solstice (listed as collaborators, but effectively the managers of the Cadence record label on which appears the band's two albums). Each musician's compositions fill about a third of the album each. Nebu's sound can be compared to the classically-inspired jazz displayed by bands appearing on ECM. "Carcajou", for example, begins on a joyous enough note before wandering into improvisations that see Simard produce sounds somewhere between funk-slap and rubber bands, before abruptly returning to the opening theme at the end of the piece. The closing number, "La Femme du cheikh souffre de chromatisme" is by far the longest and most experimental track. This last one aside, this rather light album is easy to listen to in moments of relaxation while still keeping one's brain engaged.
The entire trio participated in the founding of the informal organization <i>Ensemble de Musique Improvisee de Montreal (EMIM), alongside Lussier and a plethora of musicians participating in bohemian fashion, in one day, away the other. Uniting the city's improvisational and jazz artists for shows in local bars and clubs, the EMIM also lent its name in 1979 to the album "Danses" (also released on the Cadence label), performed by a quartet which included Simard and Saint-Jacques.
Nebu was one of the performers for the first Festival de Jazz de Montreal, held in 1980. This same year saw the release of their second album, "Motus". Starting off in much the same vein as the first album, one could almost believe these recordings were culled from the same sessions as those for the first album. Electric guitars then appear on the second piece, followed by drums on the third, bringing forth a progression in the group's sound, now somewhat more nocturnal in tone. The surprise this time around is the album sleeve: Derome chose to draw the 1000 copies by hand, making each copy a unique item.
Nebu stopped functioning as a trio in 1981, but pursued their affiliations with the EMIM until its dissolution in 1985. The latter would then be restructured into a more official form as l'Association pour la Diffusion des Musiques Ouvertes (ADMO). The ADMO would see to the operations of the No Man's Land festival, running alongside the Festival de Jazz de Montr&eacute;al. Amongst the trio's members, Jean Derome's post-band activities are best documented: founding the <Ambiances Magnetiques label with Lussier, he benefits by recording with various artists (including Fred Frith, Chris Cutler, and Pierre Tanguay, amongst others), as well as with his own group, Jean Derome et les Dangereux Zhoms. St-Jacques (renamed Pierre St-Jak) frequents the same spheres of activity as Derome, be it in duos and bands (such as St-Jak Workshop Non Stop, St-Jak Quartet Off-On, L'Hotel du bout de la terre and St-Jak/Vendette, the latter appearing as recently as 2006) or in solo form (recording his sixth album in 2002, for the Monsieux Fauteux, m'entendez-vous? label). St-Jak also became one of the main organizers for the Montreal OFF Festival de Jazz
Posted by Zen Archer at 4:52:00 AM 3 comments: 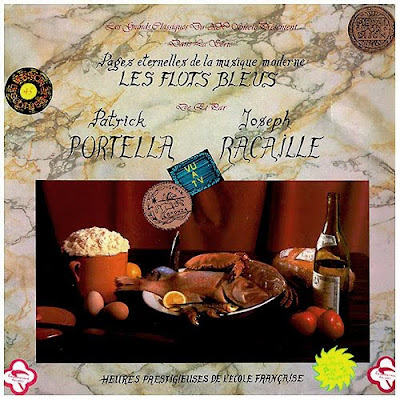 
Joseph Racaille was the R in ZNR, famous in progressive circles for their 1980 album "Traité De Mécanique Populaire" which of course was completely out of the sphere of anything popular and without a doubt remains very much so.  Portella (the N in ZNR?) collaborated with him on the Flots Bleus album with side one composed by P and side two by R.  The former plays clarinet, sometimes constructing ingenious chords in layers, the latter wrote the lyrics and plays the piano.  The combined sound is oddly French with its accordion-like dimensions.  In the EP 6 Petites Chansons on the other hand, we have one Norbert Aboudarham playing the accordion (as well as the Bouzouki, which, for those who don't know like myself, is a Greek mandolin-like stringed instrument).

Between the EP and 1990's Triton, I don't see anything listed in any discography of him. I wonder what he did in those intervening years, does anyone know?

Both albums were produced by the label Recommended Records which despite the similarity was a separate entity to Re Records from which the Quarterly albums were derived.  However the musicians and artists obviously were the same or at least very similar for both Record Companies.

The Flots Bleus album picks up straight where ZNR left off without a doubt, often simple clarinet or sung melodies on top of piano phrases, three-note repeating patterns.  I will admit at times it degenerates into what sounds like silly, simplistic children's songs, a failing that is all-too-sadly common in RIO and that drives me batty as a fan of the genre, especially since it serves to alienate so many people.
Posted by Zen Archer at 4:48:00 AM 1 comment: 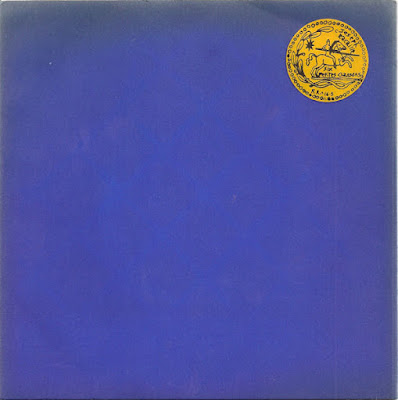 
Joseph Racaille was the R in ZNR, famous in progressive circles for their 1980 album "Traité De Mécanique Populaire" which of course was completely out of the sphere of anything popular and without a doubt remains very much so.  Portella (the N in ZNR?) collaborated with him on the Flots Bleus album with side one composed by P and side two by R.  The former plays clarinet, sometimes constructing ingenious chords in layers, the latter wrote the lyrics and plays the piano.  The combined sound is oddly French with its accordion-like dimensions.  In the EP 6 Petites Chansons on the other hand, we have one Norbert Aboudarham playing the accordion (as well as the Bouzouki, which, for those who don't know like myself, is a Greek mandolin-like stringed instrument). 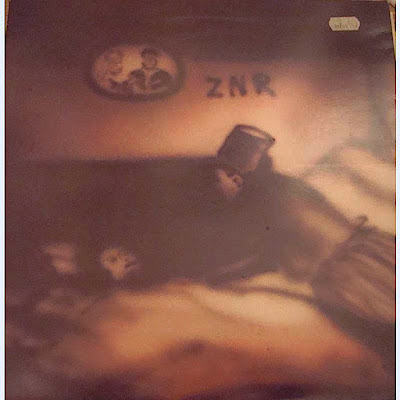 
Even more seductive than the Barricade 3 album. ZNR delivers another piece of fragmented beauty; some contemporary classical music, a couple of dances (like the excellent tango "Garden party"), and pieces with a Canterbury touch, all performed with brilliance and ease. This album is more accesible than the previous one, since the sound is a bit wider and more acoustic. Highly recommended. 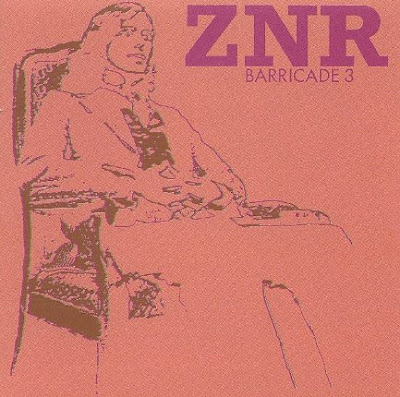 Originally released in France by Jean-Marc Bailleux and 'Isadora' in 1977.
Reissued in 1981 by Recommended Records as RR7.
Side A is called "Face Serpent"
Side B is called "Face Rat"
Comes in a quite thick plastic sleeve and includes a fold-out sheet with artwork [Drawing] by Don van Vliet [Captain Beefheart].
Early copies also include a small size insert with titles and graphics from the original cover.


ZNR was a Avant-Prog French duo that consisted of composer Hector Zazou and Joseph Racaille both on keys, vocals and on some guitars, reeds and violins by special guest musicians. The band played short, odd songs with bizarre titles similar to that of their main inspiration, Erik Satie. Their main style was that of a chamber rock band with quirky flourishes spread throughout their music. The duo released two albums, one in 1976 titled Barricade 3 and one in 1980 called Traite De Mecanique Populaire, before disbanding. Their first album was dominated by synth with their second was nearly entirely acoustic. They are highly recommended to fans of Samla Mammas Manna and the more unusual side of Chamber Rock.

ZNR was just the name of the French duo Hector Zazou/Joseph Racaille, both great keyboard players and composers.The project evolved after the demise of the Avant-Rock band Barricade, for which Zazou (then named Roquet Belles Oreilles) played bass and Racaille participated on the piano lines.The collaboration between the two musicians begun in 1975 and a year later ''Barricade 3'' (the album title refers to the two projects Barricade split into after disbanding with ZNR being the third one in line) sees the light, recorded at the Studio of Gilly Bell in Ventarben in January and released on Isadora Records.

The album shows the desire of the two musicians to produce some dreamy, deep and highly intellectual musicianship, influenced by the fundamentals of Chamber and Electronic Music as well as Jazz, for which they were helped by several musicians on violin, clavinet and sax parts with just a lone guitar/rhythm section appearance.The original release was split into two pieces, ''Face Rat'' (side A) and ''Face serpent'' (side B), offering some very esoteric minimalistic atmosphere, always driven by the Zazou/Racaille duo and their performances on pianos and analog synths like the VCS3 and the ARP 2600, under a very Chamber/Electronic mood.Most of the short pieces included in the album features an occasional appearance of either violins, clavinets or saxes, making the sound very close to the RIO movement of the time.Some of them even contain vocals (sung either by Zazou or Ricaille) in a tremendous poetic and very French way.Just a few of them sound rather dull, as if coming out of an 80's computer game, due to the monotonic beats and the sometimes surrealistic sound of synths.

The description of the album might suggest a very abstract and free-approached release, but the truth is ZNR's ''Bariccade 3'' is a rather tight and flat album with no particular mood changes and the minimalistic approach of Zazou and Racaille has often plenty to offer, if you are into this stuff.Overall recommended.
Posted by Zen Archer at 4:36:00 AM 2 comments: