While listening to three CD's, Robin Trower's " Twice Removed From Yesterday", Jeff Beck with "Beck Bogart Appice", and Lee Pickens with his one and only solo outing "Lee Pickens Group", I realized they all were recorded pretty much at the same time, late in the year of 1972. All were released early in '73 with different degrees of success. "Twice Removed From Yesterday" had the biggest impact, Robin's guitar work with the great vocals of James Dewar that launched Trower's long successful career. Beck's power trio didn't do as well, song's were weaker, lot's of covers and they definitely needed a vocalist. But Jeff Beck went on to greater things.

After leaving Bloodrock in '72, Lee Pickens put LPG together, and it certainly wasn't a commercial success. It was more of an artistic success. Comparing LPG to Trower's and Beck's as a better listening experience, it falls in between. LPG had all original songs written by the band, one titled "I Can't Stand it" has the same title as Trower's, both different but great tunes. LPG had a better vocalist then BBA, but James Dewar's vocals were miles ahead of both. Lee Pickens guitar work is great, and the songs the band wrote, give him plenty of room to explore his unique style and great tone. Lee's band is tight throughout, and all the players, Bass, Keyboard and Drummer add to the mix of funk, hard rock and country rock. One song, my favorite on LPG "It's Not Right" is a Funk Jazz-rock Monster. LPG may not have been a commercial success, but it was solid and Rockin', unfortunately , Capitol Records pulled the plug on Lee and LPG. A shame really, Lee was/is a great guitarist and that was the last time most of us heard his guitar sing. 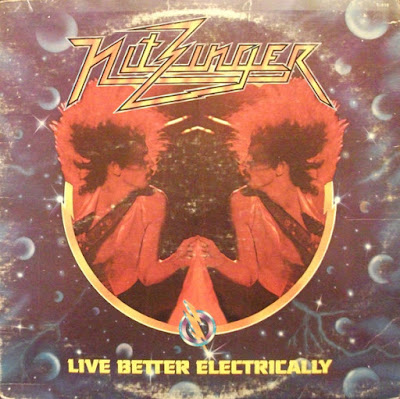 
Arriving all of four years after Nitzinger's closely stacked first two albums -- 1971's hit-bearing eponymous debut and 1973's nearly as good sophomore effort, One Foot in History -- 1976's Live Better Electrically brought an unexpected resurrection of a band name that many fans had probably given up for dead. But namesake vocalist/guitarist John Nitzinger was apparently only hibernating all that time, and even though he didn't see fit to bring his onetime bandmates back with him (replacing them with now long forgotten henchmen), his talents for creating blues-inflected hard rock and boogie remained commendably undiminished, even as his curiosity for occasional stylistic diversions had grown exponentially. In fact, the differences between some songs were so stark at times that the only thing connecting them was a certainty that Nitzinger was very well aware of modern musical trends -- as evidenced, on the one hand, by the tough Midwestern groove of rocking opener "Control," which was obviously inspired by rising star Ted Nugent; and, on the other, the head-turning funk disco of "Are You with Me," which shockingly emulated the Commodores' "Machine Gun." Spread somewhere betwixt this odd couple were several additional heavy rock nuggets like the bluntly aggressive title track and the geographically confrontational "Tell Texas," as well as more far-fetched forays like the somnolent blues ballad "Around" and string-laden soft country-rock (with nifty pedal steel) of "Vagabond." And then, rounding out the set came some hybrid offerings that forged a nervous truce between both camps: namely the part acoustic, part progressive, soul sister singer backed-up "Gimme a Wink" and the deliciously funky rocker "Yellow Dog," featuring both a space rock midsection and one of the best guitar licks of Nitzinger's entire career. All told, Live Better Electrically boasted the same compelling mixture of expected hard rock fervor and unexpected distractions, only slightly more confusing than those earlier works; whether fans would be able to take it in stride or as an offense was really utterly subjective. Unfortunately, such opinions would become moot when Nitzinger promptly lapsed back into obscurity following the album's release, and the next time he was heard from would be as a member of Carl Palmer's and Alice Cooper's early-'80s bands.
Posted by Zen Archer at 6:19:00 PM 1 comment:

Nitzinger
1972
One Foot In History 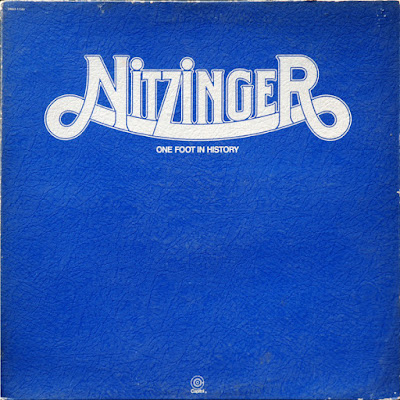 
Aside from jettisoning some increasingly archaic psychedelic tendencies (and welcoming second guitarist Bugs Henderson to the fold), Nitzinger's rather arrogantly named sophomore outing, One Foot in History, pretty much picked up right where the Texan band's critically lauded first album had left off. Which is to say that it too boasted an eclectic batch of songs whose only common denominator was orbiting Planet Southern Rock in some capacity, at a time when the genre was approaching its summer solstice, thanks to the tenacity of its star-crossed founding fathers, the Allman Brothers Band, and their fast-rising heirs apparent, Lynyrd Skynyrd. Among Nitzinger's novel stylistic diversions on One Foot in History were the mellifluous saxophone and orchestrated string backdrops added to the title track and the imperial, Cream-like "Uncle John"; the full-blown jazz breakdown anchoring the Allmans-esque "Motherload"; and, on a negative note, the misplaced, easy listening schmaltz of "Driftwood." Yet heavy Southern rockers were also available in droves, with clear standouts including the barroom brawler "The Cripple Gnat Bounce" (whatever that means!); the driving "Let the Living Grow" (clearly inspired by Humble Pie's barnburning cover of "I Don't Need No Doctor"); and the all-time classic "Earth Eater," which contrasted a pummeling main riff against an amazing melodic hook, the likes of which seems to have cropped up in many an Aerosmith song over the ensuing years. In fact, were it not for the aforementioned "Driftwood" and a pair of rather average rockers in "Take a Picture" and "God Bless the Pervert" (hmmm...funny, but no "Louisiana Cockfight," that one), One Foot in History might have turned out as impressive and enduring as its predecessor. In the end, it was close enough to give no indication of the troubles that lay ahead, as bandleader John Nitzinger became embroiled with too many distractions and made fans wait almost four years for another Nitzinger LP. [New millennium reissues of One Foot in History were enhanced with a pair of bonus tracks: the funky album outtake "Power Glide" and a hair-raising, nine-minute live jam on "Texas Blues, Jelly Roll."]
Posted by Zen Archer at 6:15:00 PM 1 comment: 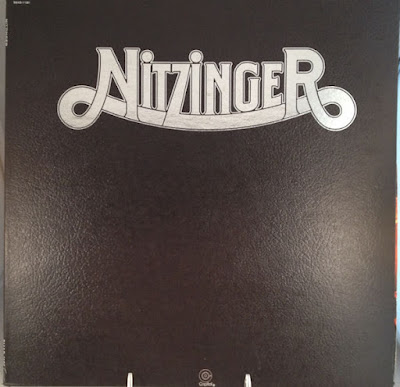 
Not a Krautrock band, as the name and release date might suggest, Nitzinger's self-titled debut album from 1971 was in fact the work of a budding Texan guitar cult legend -- the one and only John Nitzinger -- and his namesake power trio, whose music consisted of eclectic but still blues-drenched Southern hard rock and post-psych. The results include ZZ Top-style boogie and blues-rock ("Boogie Queen"), pre-Ted Nugent Gonzo guitar heroisms ("Witness to the Truth"), both of these at once ("Tickelick"), or neither, when it comes to the anthemic Southern rock of "My Last Goodbye," and semi-hit single "Louisiana Cock Fight." In addition, several cuts ("No Sun," "The Nature of Your Taste," etc.) see the trio augmented by soulful backup singers for a Mad Dogs & Englishmen sort of vibe, while others still see the versatile trio flirting with country-rock ("L.A. Texas Boy ") and plaintive balladry (the piano-enhanced "Enigma"). Yet the album's most intriguing/unique quality may be how the deceptively simple, universal, off the cuff material described above features obvious, if nuanced, sophistication, and is offset by lyrically weighty, post-flower power fare as seen in the aforementioned "No Sun" and "Hero of the War." And the fact that even these would-be progressive tendencies are kept to concise song lengths is what probably spared this album from utterly fatal dating; by extension, further separating Nitzinger's raised-on-the-jukebox-singles wheat, from the era's dominant music-conservatory-on-mushrooms chaff. Originally presented in a deluxe gatefold sleeve, it's not surprising that the Nitzinger LP has long been coveted by '70s rock collectors for the band's one-of-a-kind mixture of earthy grit and fearless (possibly naïve) flights of fancy.