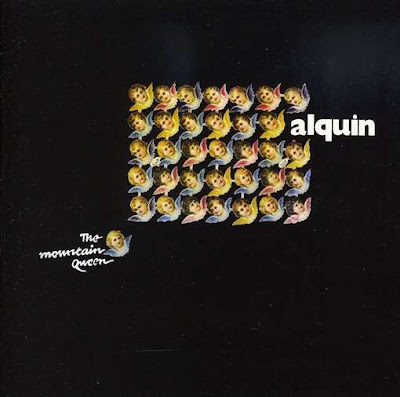 
Another Alquin essential release by Dutch band Alquin.
This time they dropped the Caravan sound and showed more of their own. Songs such as the title track and "The Dance" are played live even today. "The Dance" cointains some of the best music the band have ever done, specially on the instrumental first half of the track, the second half feature vocals and is softer, even "radio-friendly". "Convicts of the Air" revisits the vocal part of "The Dance" in a more up-tempo way. The title track is fantastic full of melody, solos and mood changes and keeps your attention throughout its 15 minutes. Another highlight is the ending instrumental "Mr. Barnum's Jr.'s Magnificent And Fabulous City" that features lots of organ and saxes solos.

This record puts Alquin in the same league of the great Dutch bands such as Focus and Kayak. 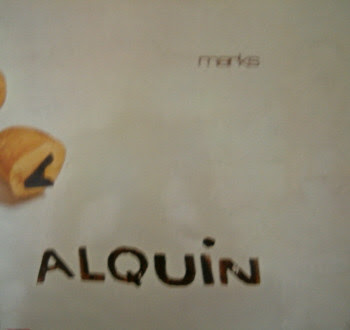 ALQUIN were an innovative Dutch band who released four studio albums during the early to mid-70's, their first two being of particular interest to progsters. With a mixture of rock, jazz and classical music, they show elements of SOFT MACHINE, CARAVAN, PINK FLOYD, CURVED AIR with tinges of ROXY MUSIC. The band split up in 1977 following line-up changes and differences in musical direction - some of its members went on to form a new wave/punk band called The METEORS.

"Marks" (1972), their first release, is mostly instrumental with a highly jazzy feel. Quite versatile, it features snippets of calypso, circus music, Dixieland and (of all things!) country music. Their best progressive effort, however, is their second album "Mountain Queen" (1973) which features long instrumental passages with prominent lead guitar, whirling Hammond organ, dual saxophones, electric violin and catchy choruses in a slightly Canterbury style. With the release of "Nobody Can Wait Forever" (1975) and "Best Kept Secret" (1976), however, the band went for a more hard rock sound with shorter, more accessible tunes. Two live albums as well as six compilation cd's of their material were subsequently released by Polydor and various other record labels.


This album was such a pleasant surprise. Alquin is a Dutch band that released this monster debut in 1972. What makes it so impressive is the tons of variety here: songwriting with some real flair and pizazz, great chops, and very good sound. Rather than simply being influenced by the English giants you have a feisty bunch of songs that challenge them on their own turf, getting right in there and throwing a few elbows around. This is music that is delightfully playful, shimmering in melodies, and balances nicely the instrumental prowess proggers love-but it does so while constantly changing from one fresh idea to the next rather than getting lost in endless jamming. This is where I differ starkly in opinion from most reviewers here and elsewhere. Most people prefer their second album because they say it streamlined their sound and grabbed a heavier groove, the latter of which is true for sure. But I don't think that makes it better. From my vantage point now that made the 2nd album sound a lot more like so many other albums in the 70s with long, sometimes repetitive jamming that began leading down the road to the less exciting 3rd and 4th release. I prefer this debut because it is such a smörgåsbord of influences, but always injected with a big dose of enthusiasm and irreverence. You can just tell how excited they are here and every track has something that makes me smile. Some will say there are too many influences here and too many directions but I disagree-they do hold it together and it's very satisfying. I don't like "Marks" just a little better than "Mountain Queen," I like it a lot better. Frankly, it's just more damn fun even if it doesn't rock as hard as MQ.

"Oriental Journey" begins with flute and acoustic guitar soon joined by bass and e piano in a most delightful Canterburyish sound. The guitar joins and the track really picks up with some effects drenched leads that morphs into a crazy moment of street parade music, like Mardi Gras or something. A door slams and the song shifts again, horns come and go and there's an air of psychedelic whimsy afoot. I hear Supersister, Camel, and Caravan it this great freakin opener. It leads right into "The Least You Could Do Is Send Me Some Flowers" which is a jazzy melody with horns. Half way through it stops and the second half sounds a bit like Traffic with a little improv sax over piano to very minimal percussion. "Soft Royce" is a smashing track with a jazzy sax and bass highlighted by a blistering solo early on, then there is a sort of Santana-type rhythm that erupts in the middle. Again, very playful and loose in attitudes while staying deadly serious on the tight chops. After some rousing vocals there is a laid back organ section with nice rhythm guitar behind it. Another sax solo follows this, the musicianship is top notch and the sound is great for '72. The 11-minute plus centerpiece here is the stunning "I Wish I Could." This incredible song opens with a Floydian sounding fuzzed guitar over mellotron. The similarities to "Echoes" seem possible as the track slowly builds until about half-way through when acoustic guitar and a tempo change leads to some vocal verses. Some have criticized the vocals and while not the strongest I think they're just fine, a bit of an accent on the English but it's not a big deal. Strong presence of bass and flute accent the imaginative guitar licks dancing around the singing. The production is great with sound that allows every musician to be heard very well. The song is laid back but so lush and spacious, waves of floating keys but plenty of hooks. "You Can Always Change" is a simple and pleasant ballad with great melody. "Marc's Occasional Showers" begins with sax and rapid-fire cymbals to brisk guitar chords. The sax becomes very serene and peaceful in the second half with lovely vocal harmonies dressing the window. "Catharine's Wig" closes the album with eccentricity again. A folksy number with violin and bouncy bass it would sound a bit out of place anywhere else, but here is works.

This is a very easy recommendation to anyone who loves Supersister and Caravan but would like to hear a different twist, a little mischief, a buffet with all the tasty standbys but also some weird looking side dishes that you need to be dared to try. If you're just a meat and potatoes rocker, proceed to their 2nd album. Or if you can find the Polydor "2 on 1" series, you can get both of them on one CD. Now that's a picnic no one can turn their nose up to. 4 plus stars. Perhaps not groundbreaking but on the quality and musical enjoyment level it is a masterful work. This music lifts my spirits in a big way.