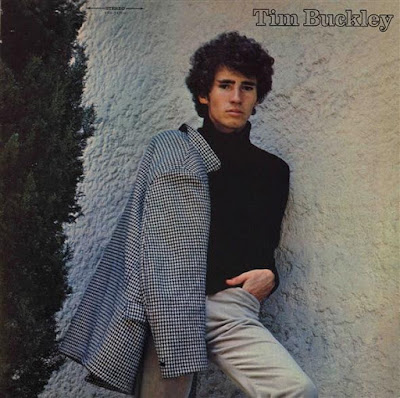 
One of the great rock vocalists of the 1960s, Tim Buckley drew from folk, psychedelic rock, and progressive jazz to create a considerable body of adventurous work in his brief lifetime. His multi-octave range was capable of not just astonishing power, but great emotional expressiveness, swooping from sorrowful tenderness to anguished wailing. His restless quest for new territory worked against him commercially: By the time his fans had hooked into his latest album, he was onto something else entirely, both live and in the studio. In this sense he recalled artists such as Miles Davis and David Bowie, who were so eager to look forward and change that they confused and even angered listeners who wanted more stylistic consistency. However, his eclecticism has also ensured a durable fascination with his work that has engendered a growing posthumous cult for his music, often with listeners who were too young (or not around) to appreciate his music while he was active.

Buckley emerged from the same ’60s Orange County, CA, folk scene that spawned Jackson Browne and the Nitty Gritty Dirt Band. Mothers of Invention drummer Jimmy Carl Black introduced Buckley and a couple of musicians Buckley was playing with to the Mothers’ manager, Herbie Cohen. Although Cohen may have first been interested in Buckley as a songwriter, he realized after hearing some demos that Buckley was also a diamond in the rough as a singer. Cohen became Buckley’s manager, and helped the singer get a deal with Elektra.

Before Buckley had reached his 20th birthday, he’d released his debut album. The slightly fey but enormously promising effort highlighted his soaring melodies and romantic, opaque lyrics. Baroque psychedelia was the order of the day for many Elektra releases of the time, and Buckley’s early folk-rock albums were embellished with important contributions from musicians Lee Underwood (guitar), Van Dyke Parks (keyboards), Jim Fielder (bass), and Jerry Yester. Larry Beckett was also an overlooked contributor to Buckley’s first two albums, co-writing many of the songs.

The fragile, melancholic, orchestrated beauty of the material had an innocent quality that was dampened only slightly on the second LP, Goodbye and Hello (1967). Buckley’s songs and arrangements became more ambitious and psychedelic, particularly on the lengthy title track. This was also his only album to reach the Top 200, where it only peaked at number 171; Buckley was always an artist who found his primary constituency among the underground, even for his most accessible efforts. His third album, Happy Sad, found him going in a decidedly jazzier direction in both his vocalizing and his instrumentation, introducing congas and vibes. Though it seemed a retreat from commercial considerations at the time, Happy Sad actually concluded the triumvirate of recordings that are judged to be his most accessible.

The truth was, by the late ’60s Buckley was hardly interested in folk-rock at all. He was more intrigued by jazz; not only soothing modern jazz (as heard on the posthumous release of acoustic 1968 live material, Dream Letter), but also its most avant-garde strains. His songs became much more oblique in structure, and skeletal in lyrics, especially when the partnership with Larry Beckett was ruptured after the latter’s induction into the Army. Some of his songs abandoned lyrics almost entirely, treating his voice itself as an instrument, wordlessly contorting, screaming, and moaning, sometimes quite cacophonously. In this context, Lorca was viewed by most fans and critics not just as a shocking departure, but a downright bummer. No longer was Buckley a romantic, melodic poet; he was an experimental artiste who sometimes seemed bent on punishing both himself and his listeners with his wordless shrieks and jarringly dissonant music.

Almost as if to prove that he was still capable of gentle, uplifting jazzy pop-folk, Buckley issued Blue Afternoon around the same time. Bizarrely, Blue Afternoon and Lorca were issued almost simultaneously, on different labels. While an admirable demonstration of his versatility, it was commercial near-suicide, each album canceling the impact of the other, as well as confusing his remaining fans. Buckley found his best middle ground between accessibility and jazzy improvisation on 1970’s Starsailor, which is probably the best showcase of his sheer vocal abilities, although many prefer the more cogent material of his earliest albums.

By this point, though, Buckley’s approach was so uncommercial that it was jeopardizing his commercial survival. And not just on record; he was equally uncompromising as a live act, as the posthumously issued Live at the Troubadour 1969 demonstrates, with its stretched-to-the-limit jams and searing improv vocals. For a time, he was said to have earned his living as a taxi driver and chauffeur; he also flirted with films for a while. When he returned to the studio, it was as a much more commercial singer/songwriter (some have suggested that various management and label pressures were behind this shift).

As much of a schism as Buckley’s experimental jazz period created among fans and critics, his final recordings have proved even more divisive, even among big Buckley fans. Some view these efforts, which mix funk, sex-driven lyrical concerns, and laid-back L.A. session musicians, as proof of his mastery of the blue-eyed soul idiom. Others find them a sad waste of talent, or relics of a prodigy who was burning out rather than conquering new realms. Neophytes should be aware of the difference of critical opinion regarding this era, but on the whole his final three albums are his least impressive. Those who feel otherwise usually cite the earliest of those LPs, Greetings from L.A. (1972), as his best work from his final phase.

Buckley’s life came to a sudden end in the middle of 1975, when he died of a heroin overdose just after completing a tour. Those close to him insist that he had been clean for some time and lament the loss of an artist who, despite some recent failures, still had much to offer. Buckley’s stock began to rise among the rock underground after the Cocteau Twins covered his “Song for the Siren” in the 1980s. The posthumous releases of two late-’60s live sets (Dream Letter and Live at the Troubadour 1969) in the early ’90s also boosted his profile, as well as unveiling some interesting previously unreleased compositions. His son Jeff Buckley went on to mount a musical career as well before his own tragic death in 1997.


The strength and character of Tim Buckley's tenor - soaring yet delicate - was already a force to be reckoned with in 1966 when he recorded his self-titled debut for Elektra Records at the tender age of 19.

It was also to be the only constant during the evolution that marked the singer-songwriter's career before his untimely death nine years later.
Rhino Handmade retraces the first steps of Buckley’s uncompromising musical journey with a two-disc set that includes both the stereo and mono versions of his debut. The second disc contains nearly two dozen unreleased recordings Buckley made in 1965 with The Bohemians and in 1966 with frequent songwriting partner Larry Beckett. Buckley recorded the album’s 12 songs in Los Angeles with the team behind The Doors—producer Paul Rothchild and engineer Bruce Botnick. He was backed in the studio by guitarist and longtime collaborator Lee Underwood, bassist James Fielder, and Mothers Of Invention drummer Billy Mundi. Van Dyke Parks, who had spent much of that summer collaborating with Beach Boy Brian Wilson on the legendary Smile album, was brought in to overdub keyboards, and frequent Phil Spector sidekick Jack Nitzsche contributed string arrangements.The DELUXE EDITION features both the stereo and mono mixes of the album, which contains several of Buckley’s early classics, including the singles “Wings” and “Aren’t You The Girl.” The music on the second disc has remained unreleased until now and provides an unparalleled insight into Buckley’s early development. It opens with 12 songs he recorded in November 1965 with The Bohemians, a group he formed in high school with Fielder, Beckett, and guitarist Brian Hartzler. Recorded live in an Anaheim studio, the originals include early versions of “She Is” and “It Happens Every Time”—two tracks that later appeared on Buckley’s debut. The session also yielded rockers like “Put You Down” and “Come On Over” and the ballads “Call Me If You Do” and “No More.” The nine songs that make up the second half of the disc were recorded shortly before the sessions for Tim Buckley and feature Buckley singing and playing acoustic guitar with Beckett, who recites poetry to Buckley’s guitar on two tracks: “Found At The Scene Of A Rendezvous That Failed” and “Birth Day.” The home recording captures versions of the album tracks: “She Is,” “Aren’t You The Girl,” “Wings,” “Song Slowly Song,” and “I Can’t See You.” The two remaining songs are the Buckley original “My Love Is For You” and the Beckett/Buckley collaboration “Long Tide.”


Listen to my magic voice, learn the tunes of children’s toys
This is a baroque folk pop and singer-songwriter record with pleasant psychedelic flourishes, and a knack for pop hooks and somewhat chamber-infused, ornate instrumentation. Buckley’s then still very boy-ish tenor voice, the partly lush and slightly medieval arrangements and the alluring, gentle atmosphere makes for a record that borders on the cutesy and overly sentimental every now and then. It never really crosses that border to bad taste though. I completely buy his doe-eyed troubadour-stance here, the lyrics are mostly about girls that called him names and girls he wants to court and girls having to understand their men and so on – the music is actually a lot more mature.

What sets the record apart is Buckley’s evident ability to having soaked up everything in contemporary music by the age of nineteen, paying tributes to and quoting everybody in the folk and psychedelic pop scene, while still ending up with a sond of his own that’s fully developed, no less. You want an approach kind of reminiscent of Nico’s Chelsea Girl from a year later? You want that period’s Simon & Garfunkel with a more adventurous psychedelic and mannered edge? Here you go. And the slightly rocking „Understand Your Man“ sounds like the 19-year-old’s hommage to Surrealistic Pillow – of course, this record here came out months before Jefferson Airplane’s second LP. There are also songs that have a gloomy fairy-tale mood and remind me of Syd Barrett’s more whimsical love songs from a few years later – the atmo-psych of „Song Slowly Song“ sounds like a model for Syd’s „Golden Hair“. For being such an overtly youth-driven record, it sure covers a lot of ground if listened to closely.

Bottom line, Buckley still had a long way to go to dig into his actual musical talent and searching mind, but this is excellent baroque psych-folk pop. Maybe it’s just a bit bound to its era, but it is no doubt representative.
Posted by Zen Archer at 12:18:00 AM 4 comments: Links to this post