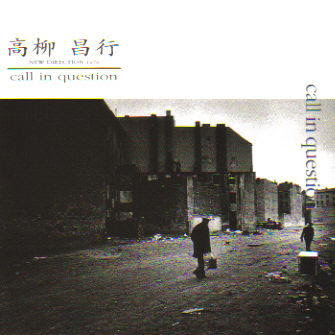 Takayanagi is the premier free-guitarist legend in the Japanese underground story. This CD features unreleased material by the master, from 1970. The sound is heavy improv, with Takayangi's explosive feedback wail in prominent display. As fine an introduction to his music as you could hope for (most of his albums from the '60s & '70s are impossible to track down)

This is an astonishing recording of Japanese free jazz/improv guitarist Masayuki Takayanagi, who worked in the 1960s producing feedback and noise guitar work in a free jazz context. Well ahead of its time, the only comparison to this music would be that of British guitarist Ray Russell, or Sonny Sharrock's feedback peaks of Black Woman. Of course, in the '80s and '90s this kind of noise territory would be approached by Rudolph Grey and his Blue Humans as well as fellow Japanese guitarist Heino Keiji, to whom Takayanagi is somewhat of a godfather. To learn that Japan -- in 1971 -- was home to the kind of progressive free jazz and improvisation scene more commonly associated with European and New York music is most facinating. Derek Bailey springs to mind on many occasions, although the sonic assault here is much more hardcore than anything the English gent produces; additionally, this is far more out of control than either Sharrock's album or John McLaughlin's Extrapolation, if one is using those records as a measure of feedback jazz guitar mayhem. The New Direction Unit is exactly that, as this territory had not been explored to this degree prior, except for maybe Peter Brotzmann's Machine Gun and likewise Jimi Hendrix' track of the same title. "Voodoo Chile" had probably been an inspiration to the guitar on show here, although not half as much as Albert Ayler's tenor sax, and the blues base is certainly not here. This is total abstraction that came at a time when improvisational music was reaching its most challenging nexus, and Call in Question is a quintessential document of the outer regions of the free jazz genre. The exceptional recording quality and beautiful PSF packaging and design add to the flavor; the CD's deceptively formal appearance does not fit with the ecstatic anarchy held within.
Posted by Zen Archer at 10:42:00 PM 2 comments: 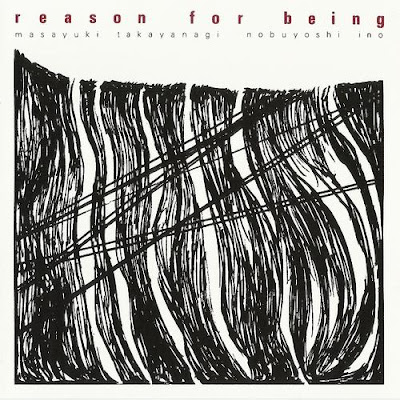 Masayuki Takayanagi - 1991 - Three Improvised Variations On A Theme Of Qadhafi 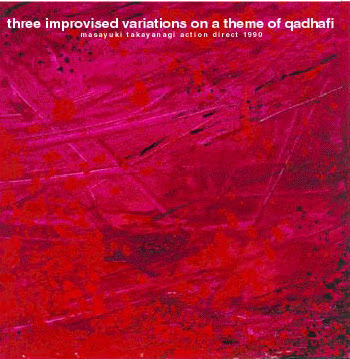 
This is definitely an album for noiseheads only. While being one of the last recordings of Takayanagi, it's clearly not one of the most exciting to listen to, even in the late era of his electronic works. If you enjoy any of Merzbow's infinite waves of harsh noise, check it out; if you prefer Aube's in-depth exploration, you'll find some interesting peaks. But in all cases, you might chose to pick the other "Action Direct" release, which I found of a much greater level of sonic experience. 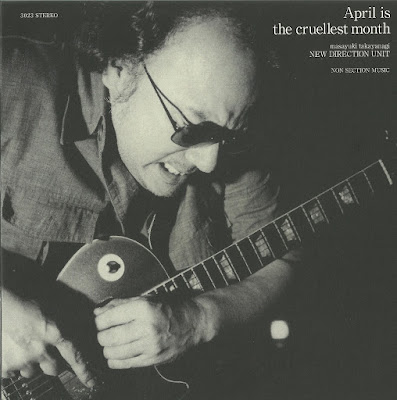 Recorded April 30 and May 11, 1975 at Yamaha Music Foundation.
Originally due to be released on the ESP label (artwork had already been created), but the label collapsed before it came out.
Track 4 is a bonus CD track, not scheduled to appear on the original LP.

This is by far Masayuki Takayanagi's most impressive album, often considered as the ultimate one in his whole discography. Album and track titles all are taken from the famous T. S. Eliot's poem, and appeal perfectly to what it sounds: imagine Peter Brötzmann's Machine Gun with violent strikes of electric guitar outbursts a la Keiji Haino. Now figure out this was recorded April 31th and May 11th of 1975. This is definitely looking forward, way, way ahead of its time. This crazy mess is driven by technical achievement and mainly by the theory developped by the New Direction Unit: gradually projection (tracks 1, 2 and 4) and mass projection (track 3), i.e. the two different approaches in musical improvisation - slow building of harmolodic structures leading to a powerful finish, or H-bomb-like blast of litteral noisy madness.

April Is the Cruellest Month is certainly the best opportunity to understand and fully appreciate Takayanagi's work. I can't believe it remains so secret - especially here. Golden age of japan improvisation caught on tape with the best guitarist ever. It can be easily compared with Les Rallizes dénudés' '77 Live, in terms of innovation, violence and influence over the next thirty years, with a flavoured Ornette Coleman's benediction. You can't call yourself an improvisation lover without hearing THIS.
Posted by Zen Archer at 7:35:00 PM 1 comment: 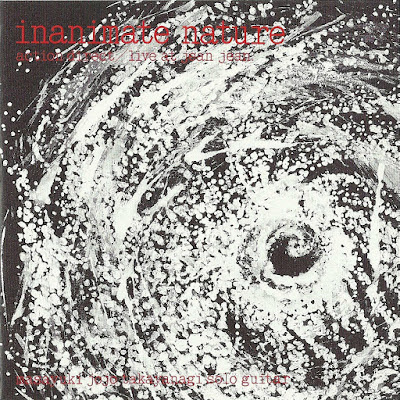 The first title in Yasunori Saito’s exhaustive survey of the music of Masayuki Takayanagi via his jinya disc imprint... the arrival of these discs in the mms catalogue has been a long time in the making; extremely glad to have these seminal documents of free-scrape/noise-guitar crossover available again !!!
This disc features Takayanagi on solo “tabletop guitar” as recorded Aug 4, 1990 at New Direction For The Arts, regular concert vol.69’ jean jean tokyo” - nothing at all like Fred Frith, Keith Rowe, or Jim O’Rourke’s experiments in the field; this is visceral, ominous music, full of disembodied clanks and ring-modulated whispers in a full-on haze-field of phasing/flanging sound.
of his later records, this is widely considered to be the “classic” .. (Mimaroglu)
Posted by Zen Archer at 7:29:00 PM 2 comments: 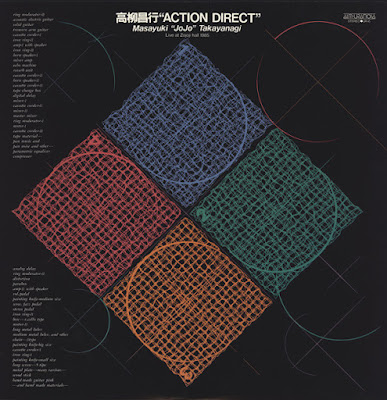 A WALL OF SOUND!