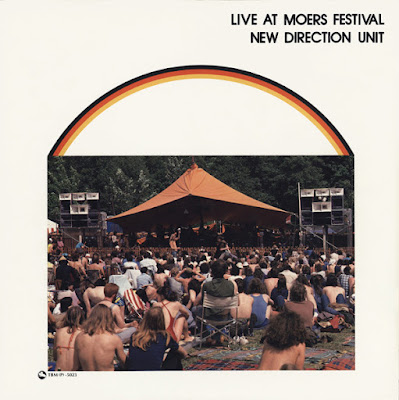 
Guitarist Masayuki "Jojo" Takayanagi (1932-1991) was a towering leader in the Japanese jazz world. His first influence was Lennie Tristano, but through the 1960s and 1970s he explored and pushed the boundaries in free form jazz.
Takayanagi was invited to play with his group New Direction Unit at the 9th annual Moers New Jazz Festival in Germany in 1980, which, as the name suggests, featured only free jazz performances. In front of the 3,000 plus audience, Takayanagi and company had their most radical, fiery and avant-garde performance on record.
Their radical music did not exist in vacuum and was informed by the radical anti-establishment movements and political events. The German narration played over in the opening track ("Bohimei" means "epitaph") talks about Aikichi Kuboyama, a crew member of the Daigo Fukuryu Maru, a Japanese tuna fishing boat, who died after being exposed to the nuclear fallout from the United State's thermonuclear device test on Bikini Atoll in 1954. "Resistance 1" is inspired by Kim Chi-Ha, a Korean poet who was jailed for advocating democracy. 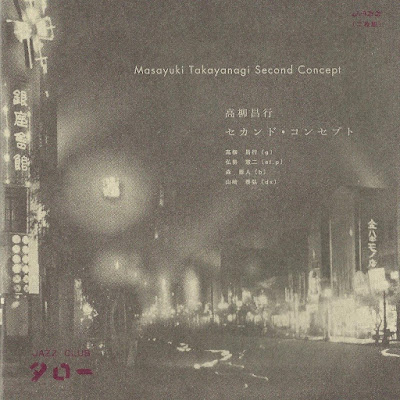 Initial copies came with a limited edition bonus disk by a trio version of the group containing a mono version of "Froggy Day" recorded on May 27, 1979.


Live 1979 recordings from Takayanagi's quartet performing his "Second Concept", mostly recordings of Lennie Trisanto and Lee Konitz compositions. This concert comes right before his studio release of "Cool Jojo", here stepping up the energy in live performance. The double CD issue includes a 20 page booklet in Japanese and English by guitarist Koichi Hiroki, a student of Takayanagi's school for 17 years.
Posted by Zen Archer at 11:44:00 PM 1 comment: Links to this post 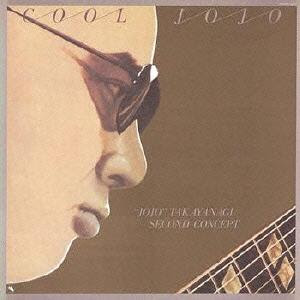 
Guitarist Masayuki "Jojo" Takayanagi (1932-1991) was a towering leader in the Japanese jazz world. A pioneering figure in free form jazz, he led an influential group called the New Direction and recorded many albums in that style in the 1970s.


Just as the 1970s was coming to a close, he formed a new group called the Second Concept, a simple quartet without horns, to return to his roots: The "cool" jazz style pioneered by Lennie Tristano. On this album, Takayanagi and his band perform compositions -- many of which are based on chord progressions of well known standards -- by Tristano, his disciples Lee Konitz and Ronnie Ball as well as two originals.

They explore and extend the cool style characterized by logical and linear, bebop-based improvisations. On a few tunes, Takayanagi uses an octave-box effector to simulate the "octave" playing a la Wes Montgomery. This Blu-spec CD reissue includes four alternate takes as bonus tracks.
Posted by Zen Archer at 12:45:00 AM 3 comments: Links to this post 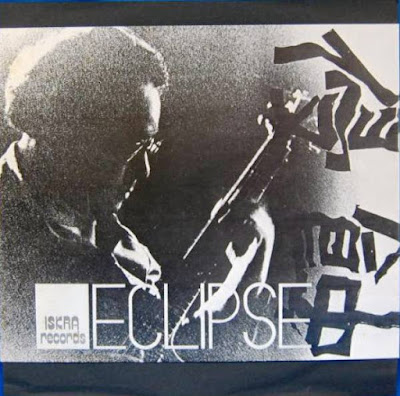 
1. "First Session" wanders, staggers really, and develops in subtle ways. After being introduced to his work with Mass Hysterism, hearing Takayanagi in that mode - still out there but tethered to things you normally associate with jazz - took some getting used to.

2. People invoke AMM a lot in relation to "First Session." I've never really 'gotten AMM. Maybe that's why it's not as immediate for me.

3. "Second Session," however is exactly what I expected this to be. There's all the chaos of Mass Hysterism but with the added bonus of Kenji Mori's Ayler/Dolphy-ish saxophone trying to match Takayanagi's intensity and fire and actually succeeding.

4. Yeah, "Second Session" isn't quite the live-wire fireball of Mass Hysterism but once again I'm in awe of the sustained chaos that it manages for 20+ minutes. Drummer Hiroshi Yamazaki's arms should have fallen off around the 12 minute mark in my uninformed medical opinion.

5. When the bass joins in the fray in the back half of "Second Session" it might just be better than Mass Hysterism. Sorry for only having one point of comparison here by the way, I'll have a better overall picture of Takayanagi's work in time.Trust me.

What in the hell is Takayanangi doing to that poor instrument? This is the kinda shit no one would be doing today and here he is, creating exploding hell in seventy effing five. Honest talk, the only thing he does on the b-side is feedback and he's bending it inside out like I've heard no one else do. Get this.
Posted by Zen Archer at 12:06:00 AM 2 comments: Links to this post