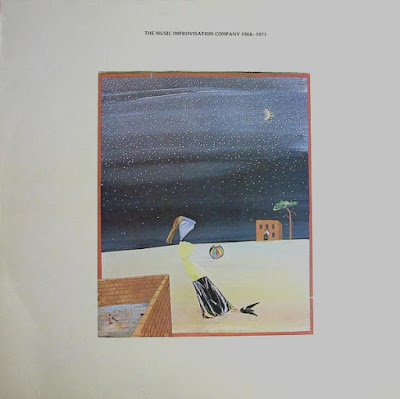 This album covers the historic beginnings of the British free music scene and its founding fathers: Derek Bailey, Evan Parker, Hugh Davies, and future King Crimson drummer Jamie Muir. These recordings come off amazingly well on CD, considering the first four were recorded in mono. And while there are six pieces here, it's almost impossible to talk about them as separate entities, since what was at work in the group consciousness was to create a free jazz music in the U.K. that was distinct from what was happening in America and elsewhere in Europe at the time. Therefore in the brave spirit of rabid experimentation and oh so serious creative spirit, we have an amalgam of recordings that suggest the future of a free music that turned out very differently than its origins suggest. This collective is exactly that; none of these players -- especially not Parker or Bailey -- had developed into the kinds of soloists that they are today, not only in terms of technical expertise, but in terms of vision. What one can hear in the bravado here is indecision, and a questioning of improvisation's precepts; these queries would become liberating obstacles in the long run. The one constant here is the dynamic that became the trademark of a new, multi-linguistic music that has remained and evolved over time. This is document does sound dated, but only in that it reveals the origins of a continuing narrative. It's is a necessary addition to anyone's library who is interested in improvised music.
Posted by Zen Archer at 12:24:00 AM 1 comment: 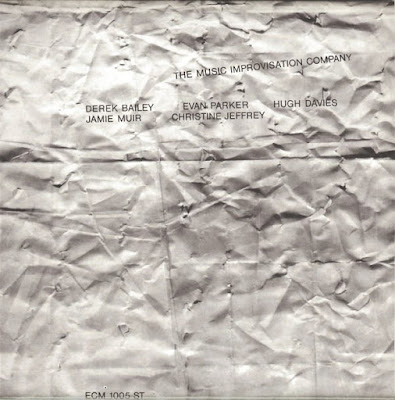 Saxophonist Evan Parker and guitarist Derek Bailey met while both played with the Spontaneous Music Ensemble in the late '60s. In 1968 they combined with percussionist Jamie Muir and keyboardist Hugh Davies to form the Music Improvisation Company, one of England's seminal free improvisation units. Although the musicians were conversant in jazz styles, the music made by the MIC was essentially and intentionally non-idiomatic, drawing upon any and all elements of musical thought and given voice in the moment. The resulting music was dissonant, discontinuous, and ultimately in the vanguard of improvised music. With drummer Tony Oxley, Parker and Bailey formed Incus Records in 1970. The label documented MIC's music on the album Music Improvisation Company 1968-1971; the title reflects the group's brief lifespan. However, in 1976 Bailey formed Company, a similar enterprise with rotating personnel that has included a plethora of creative musicians from around the world. Anthony Braxton, Steve Lacy, Fred Frith, and Bill Laswell are just a few of the many and varied musicians to participate. In 1977 the ensemble held the first of its "Company Weeks," a week-long festival of improvised music featuring different guest musicians every night. The festival became an annual event.


Derek Bailey is a seminal figure in the development of British free improv, and although this is one of Bailey’s earliest recordings, it houses much of what he would come to be known for: microscopic precision, a love of empty space, a supremely fractured aesthetic, and a refreshingly subtle disregard for the rules. As with his later solo outings and fruitful collaborations with John Zorn and other bastions of the avant-garde, Bailey brings his full commitment to the table in this early, digitally reissued ECM recording. Yet how to describe it? A possessed duck call tripping down a flight of stairs into a pile of discarded instruments? A broken jack-in-the-box heavily amplified on cheap speakers? A radio being tortured to give up its innermost secrets? A coven of instrumental wizards poring over the crucibles of some private alchemical experiment? Unfortunately, none of these seems to come close to mapping the album’s rambling course. One thing I can say for sure: the results are very consistent. So much so that track titles like “Packaged Eel,” aside from making me want to eat an unagi roll, do nothing to deepen my understanding of the goings on. As can be expected from one look at the roster, the musicianship is excellent. Evan Parker steals the show with his bubbling outbursts of indiscernible melody while Bailey cultivates an even more anonymous approach, cutting in and out with a surgeon’s touch.

In the end, such a project can only be what one makes of it. Its difficulties are also what make it go down smoothly, even as its effortless approach renders it impossible to fathom. It is a mysterious object, to be sure, and one that casts a new reflection with every turn.