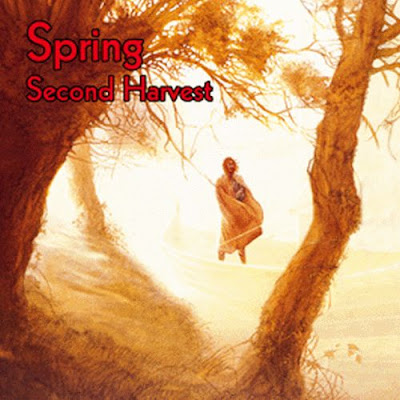 I approached this album not expecting very much. An unreleased second album can invariably be a sub-standard effort but it's by no means inevitable. What was a surprise was the fact that this one had a lot of Hammond in it, so that's already a huge plus point. There is some Mellotron but nowhere near as much as on the début. I always thought that the first album had attained its vaulted position in the metaphorical pantheon of Progressive rock almost entirely due to the proliferation of the 'tron. For me, the standard of the music on that first album was uneven, the Mellotron masking the deficiencies of, what was at times, rather dull writing.

This album has a greater variety; without the swathes of Mellotron over everything the other aspects of the music can breathe a little more. To my ears, the Hammond can impart far more of an emotive quality to the music, it being more like a living organ (pun partially intended) and can be used to inject drive and inertia; the Mellotron always reminds me of a person with breathing difficulties. Now don't get me wrong, I love it the 'tron but variety is the spice of life! In an ideal world they both feature in the music I love. They also use piano; acoustic guitars feature extensively and the electric guitar gets more of a look in here. A couple of tracks have some brass backing and that gives a little more depth of variety.

The vocalist have, to say the least, a very idiosyncratic voice, the guy in Castanarc has a very similar tonal quality. It's not awful but then it's not particularly nice either and was was of the sticking points with me on the début album. It imbues a wimpy quality to the overall proceedings and as a result I think does the music a slight disservice. But, I can't change that and besides, I have heard a lot worse.

Some tracks have a very slight sense of the unfinished about them, not in the ideas but some tracks sound like rough, test pieces. The recording quality is uneven and tends to be more on the poor side of audio quality, with some distortion. If this has, as reported by this issue, been "remastered" it must have been quite ropey beforehand!
Posted by Unknown at 12:15:00 AM 7 comments: Links to this post 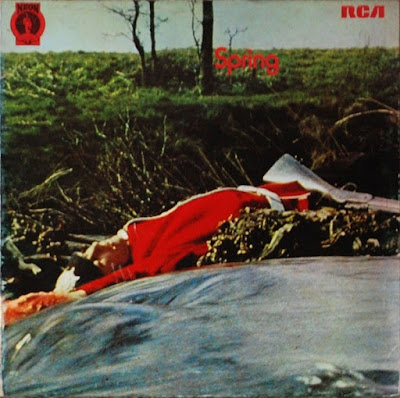 
From the very first note of this rarity from 1971 you feel that someone has opened the door to Mellotron heaven, a little slice of life from a time when Prog was still a new and exciting world to explore. Full of lyrical melodies and awash with swathes of warm and organic textures, this is music which owes much to the pioneering efforts of The Moody Blues and King Crimson, and yet comfortably stands alongside the likes of Barclay James Harvest and Argent, contemporaries in the art of melodic Prog. This is barbarian Prog, rough and unrefined by extensive studio multi-tracking expertise, as befits their status as an unknown gigging band making their first album, essentially played live in the studio with a minimum of overdubs or processing - just a little reverb and some vocal thickening - as indeed many bands were still doing at that time. There are mistakes, there are instrumental parts which don't quite fit the music, and there are instances of unfocussed background noodling, all of which today would have been re-done. But this very rawness gives it an endearing sense of naivety, immediacy and exhuberance, drawing you in to a time of great creativity and wonder.
Spring have become semi-legendary in the Prog world and their only album something of a lost Mellotron classic, but that is to ignore the other elements: like Argent and BJH, they used a strong twin attack of keyboards - organ, piano and a little synth in addition to the Mellotron - and guitars, backed by a busy but robust rhythm section. The similarity also extends to songwriting based on formulaic verse-chorus song structures with extended middle-8 instrumental breaks and mood swings, but little in the way of complex time signatures. The album doesn't appear to contain a single concept as such, but a number of common themes abound: life, loss, desolation, despair, death, war, mental anguish, all tied together with classical references and some nice little lyrical nuggets. Incidentally, my 1994 Repertoire CD issue contains printed lyrics to the original songs but not the 3 bonus tracks. While there are no obvious virtuosi here, the instrumental playing is perfectly adequate, but it has to be said the singer is an acquired taste - his diction is poor and he really doesn't have a Prog voice (whatever that is!). He would undoubtedly have been more at home in a punk orientated atmosphere.

The album opens, aptly enough, with the sound of the Mellotron, and indeed The Prisoner (Eight By Ten) is drenched in it. This is a mid paced tune, driven by some nice bass patterns overlaid by a variety of Mellotrons and a couple of synth solos, and introduces the first sign of a military style percussion. It has a swinging 60s vibe to it reminiscent of The Doors, probably due to the lack of any guitars. I was always struck by the rhyming couplet of 'centuries' with 'penitentiaries'! Grail is a more restrained slower paced ballad with some tasteful piano and guitar trills and fills added to muted Mellotron, lifted by a repeated chorus and a very BJH-like instrumental break with a heavier sounding 5-note ascending pattern of treated bass and Tron.

Boats ("sitting and watching the boats on a river") and Shipwrecked Sailor ("in the end my only friend was a dead man dressed in black") are a merged pair and are referenced by the cover picture of a dead soldier bleeding into a river while the band look on from the opposite bank. Boats is a simple song with a pleasant tune sung to strummed acoustic guitars and some electric noodling. Shipwrecked Sailor returns to the marching drum theme overlaid with Mellotron, building up to an up tempo, almost funky, guitar and organ based track which sounds like a forerunner of the style of the 3 bonus tracks. Different moods are evoked by a series of very Prog sections in the middle-8, but it is all underpinned by the military drums and some very meaty bass guitar which ends with a final dive-bomber-air-raid crescendo from the keyboards.

The Golden Fleece is another major mid-paced song, though not the most memorable of tunes, seemingly about a man's search for the unattainable "between the walls of dark despair where fountains weep and gargoyles stare". It is led by acoustic guitars, Mellotron and organ with a dramatic Mellotron pattern at the end of verses where a lead guitar would normally be, while a darker mood of the middle-8 includes excellent solos by firstly electric guitar then organ over a bass riff, all topped off by a dreamy ending. Similarly paced, though perhaps a little more rockist, is Inside Out, which seems to be offering advice to a wayward friend. Led by guitars and organ, there is a nice change of mood in the middle-8 with the introduction of Mellotron flutes, and an excellent build to an organ-led crescendo at the end.

Song To Absent Friends (The Island) is a slow ballad accompanied only by piano. The singer's shortcomings are somewhat exposed here! The final track of the original album, Gazing could have been a classic BJH song, bursting forth with a lengthy Mellotron based instrumental opening leading to a pastoral mid-paced song about life - "pages we will turn, taking steps to learn of the paths to take when we do awake". Mellotron and organ are to the fore, but so is the electric guitar which has an excellent multi-tracked solo.

The 3 bonus tracks are recordings made for a second studio album which was never released. They have a different feel about them, in part due to abandoning the Mellotron, but also their playing and songwriting is a little more accomplished and assured, and their sound is more robust. Fool's Gold opens with acoustic guitars before erupting into the full band with a prominent electric guitar. It also has an extended middle-8 with some aggressive guitar riffing and guitar and organ solos. While Fool's Gold is very much Argent territory, Hendre Mews could be early Deep Purple or Uriah Heep with echoes of Jethro Tull. It is more up tempo and more adventurously Prog structured, but it is not the most memorable of tunes and it could really do with a more charismatic singer, but there is an unexpected change of pace towards the end. A Word Full Of Whispers closes the album on a high, with acoustic guitars and organ driven by a wonderful up tempo chugging rhythm.

It is interesting to speculate how Spring would have developed had they survived. Judging by the bonus tracks, they were moving away from the Moodies/BJH pastoral sound, to a heavier, more aggressive, jazzed-up style with electric guitars playing a much more prominent role. Unless the unreleased second album ever sees the light, this will remain their legacy. I first obtained this in circa 1975 (my original vinyl copy is still lying around somewhere) and it sounds just as fresh and vibrant as it did then. Perhaps not absolutely essential, nor a masterpiece, it is nevertheless a worthy addition to any Prog music collection. Highly recommended.
Posted by Unknown at 12:07:00 AM 5 comments: Links to this post