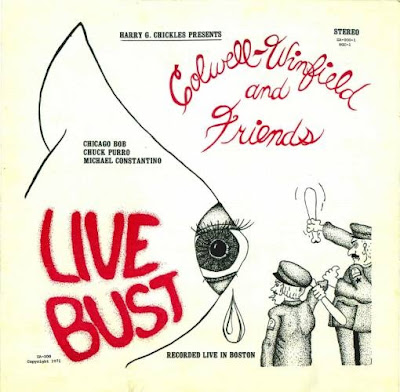 
Progressive bluesrock recorded live at the Phoenix Coffee House. Second album of this bluesrock legend from Boston. After the first album began the members change and this live set was played without two sax players. The result is stronger bluesy sound with genuine Chicago influence and sometimes a little bit of jazz.
Billy Colwell, Mike Winfield and drummer Chuck Purro, who make up this Boston blues band, are perhaps best known for their excellent 1968 debut Cold Wind Blues, considered one of the great classics of late-sixties, but unfortunately not as well known is their rare second album, recorded live in 1970 and originally released in 1971. Here the band offers up the same exceptional jazz-influenced blues rock that first brought them into the public eye (and even earning them an opening slot for Led Zeppelin). Featuring original compositions and covers of blues classics, revisited with energy and experience. This reissue also includes 3 bonus tracks recorded at the time of their first album, but never released until now! 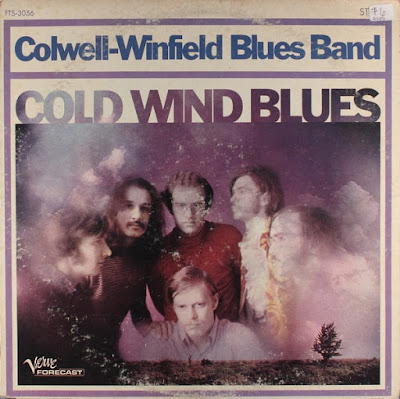 After the tour and now based in Woodstock, NY, they went in the studio again, but vocalist Sorrento departed before they got much on tape.  Then Van Morrison asked Purro, Schroer and Tilton to play in his band, which they did in the early 1970s. Schroer appears on seven of Van’s LPs from that period, including Moondance and Tupelo Honey, and has also recorded with Paul Simon and the New Riders of the Purple Sage.  Colwell, Winfield and Purro reunited for 1971’s Live Bust, recorded at the Phoenix Coffee House in Boston (you can hear the police shutting down the show at the end of the record) and the band’s only other official release (both of their albums have since been reissued by Italian record company Akarma).  The last forty years have seen them in and out of music. Tilton plays with Eight To The Bar, Sorrento became a vocal teacher at Berklee, Purro joined the James Montgomery Band and played drums on his first three albums.  He has also played with Susan Tedeschi, and with Paul Rishell and Annie Raines. Since 1981 he has owned and operated the Yankee Book & Art Gallery in Plymouth, MA.  Mike Winfield contined to live for many years in Woodstock, NY, working as a musician and carpenter, before he eventually moved to Seattle as a drug and alcohol counselor.  Billy Colwell returned to Boston where he led bands under his name and has since died, as has Jack Schroer.

The Colwell-Winfield Blues Band have only two albums to their credit, "Cold Wind Blues (1968)" and "Live Bust (1971)." As this album testifies, regardless of their lean recorded output, they made their mark on blues-rock. Besides being a great band, their other claim to fame is that they opened for blues-rock monsters Led Zeppelin on tour.
The tracks that give you the best birds eye view of this band's sophistication is the over seven minute long instrumental "Govinda" followed by the beautiful "Wind Is Singing," which is a bonus track. "Govinda" has a Middle-Eastern quintessence, like something you would hear on a Beatles album during their psychedelic period. Another treat for collectors is a bonus 45 with alternate versions of "Cold Wind Blues" and "Whole Lot of Lovin'."
This entire platter just oozes with the feeling and sexual energy of the blues, you can feel it heart and soul in every note, it is one of the best white boy blues workouts I have ever heard. I hope somewhere down the road more of their work is uncovered. This LP is a long lost gem and a treasure trove of great blues-rock tracks that you will covet in your collection. Although 1968 is long ago and you may have missed this music then, the here and now has never been a better time to discover this music.

One of the forgotten classics of the late-'60s American blues scene!! And so the Colwell-Winfield Blues Band get on with proving what a lot of people had been saying all year long -- that the best jazz-rock-blues band of 1968 was only getting better. The finest moments are those when the band really stretches out -- seven minutes apiece for the 12-bar "Got a Mind" and the showcase "Govinda," and eight for "Dead End Street," a slowly percolating rhythm that is only gently layered by the rest of the band. The briefer cuts burn fiercely, though, while the Akarma reissue in 2001 appends a bonus track that is actually one of the finest things in sight, the frantic semi-psychedelic experimentation of "Wind Is Singing."