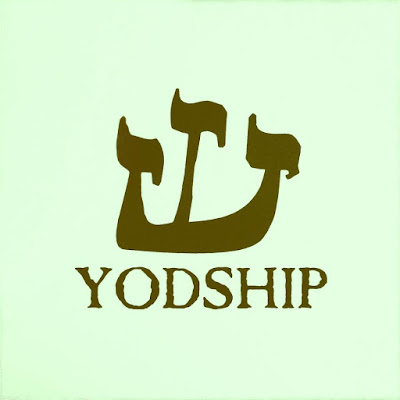 Coming out after Father Yod's death by hang gliding, Yodship comes off like a final late night wake around the preserved body of their Father, candles intact.

It's easy to dismiss most of Yodship as hippy jamming - imagine Parideswartsdull but with 66% less structure - yet actually it's subtler than that.

On Yodship, there are no egos, just a bunch of heads turned onto a similar vibe. In terms of a career move for Sky "Sunlight", releasing it probably wasn't that smart, but in terms of a TRUTH move, it's totally RIGHT ON.

In fact, I would argue that Sky Saxon's stuff with the Yahowha family was just as artistically viable as his stuff with The Seeds, even though only about 5% of Seeds fans have heard it. (If that!)

The first half of Yodship is late night chill improv jamming with voice, electric and acoustic guitar, bass, flute and tambourine. On it, Sky fulfills the role of a disciple quite convincingly.

By the end of Suite 2, things get even better, with the appearance of The Spirit of '76, who always strike me as a ramshackle jazz band - creating jazz the way Sun Ra created it - i.e. not jazz at all - but something living, organic.

For whatever reason, Suite 3 wasn't included on the original issue of Yodship, even though it comes from the same sessions. Instead, it was issued on its own in a limited edition of one!

When Suite 3 was finally rediscovered, someone said it "was so bad it's good." Well, people can dismiss Sky as an acid casualty, but fuck 'em, I think he was on to something right and true.

"Everything you gave us was like Christmas presents" Sky sings to his Father, trusting and naive, as only Sky can be.

The final part of Yodship Suite 3 is mostly piano, hinting at what Sky would achieve on the "Lovers Cosmic Voyage" e.p., another great recording that needs to be rediscovered.

When I listen to Yodship, I always feel nostalgic. What if the hippies had taken over?