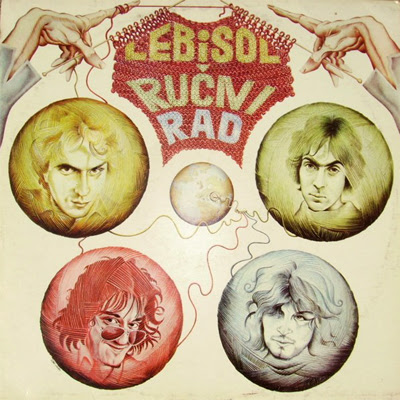 
After two successfull albums LEB I SOL decided not to repeat the formula but to go into a deeper exploration of jazz.

For the third album they almost abandoned the lyrics and invited a saxophone guest for two tracks. Vocals are present but except "Lenja pesma", an excellent even semi-commercial hit at the time, they were utilized as an instrument. Dimusevski is more active than ever with his electric piano and plethora of synths, Stefanovski's guitar technique is brought to perfect here,while rhythm section of Tavitijan and Arsovski is impeccable as always. Macedonian folk is less present in favour of more "avant-garde" approach in a manner of jazz improvistions, so "Rucni rad" is not very accessible on the first listen.

Production of Josip Bocek is finally top notch for the time, the whole album carries the balanced sound of all instruments, perfectly arranged so you could get a sense of the band playing as a single body. Solos are rare but very effective and functional.

All 7 tracks are perfect but obvious favorites would be "Lenja pesma" (lyrics as always by Goran Stefanovski, Vlatko's brother, who is a renowned Macedonian playright), Arsovski's title track "Rucni rad" with some beautiful fretless bass melody line and Stefanovski's "Kumova slama", one of the most memorable instrumentals of the former Yugo music scene, beautiful melody with emotional guitar solo weeping. However there is present a sort of optimistic, positive feeling in this composition which sometimes reminds me of the similar style found in say "Jessica" by ALLMAN BROTHERS. This is a true gem of ex-Yugo prog and probably the best fusion album of the era just before the coming of New Wave age.
Posted by Zen Archer at 12:16:00 AM