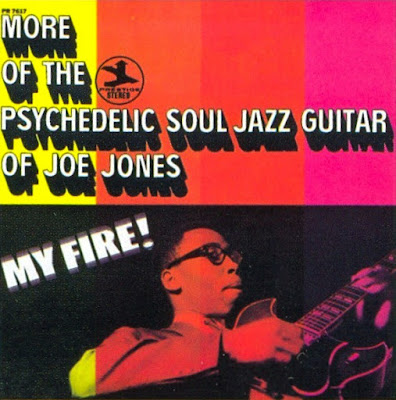 
Jones recorded several albums in a soul-jazz vein for Prestige between 1966 and 1978. In addition to leading his own group for recording purposes, Ivan Jones recorded with Richard 'Groove' Holmes, Houston Person, Harold Mabern, Wild Bill Davis and, most notably, Willis Jackson. Rusty Bryant, Charles Earland, and Bernard "Pretty" Purdie are among the sidemen also featured on Jones' albums. I had forgotten a little bit about Joe I must admit, until a couple of weeks ago I saw a street musician playing some very smooth jazz sax at the shopping mall where I do my groceries and in between sets he was playing tracks from this album on a portable pickup... and my memory woke up and I remembered how sweet this Joe Jones albums are...