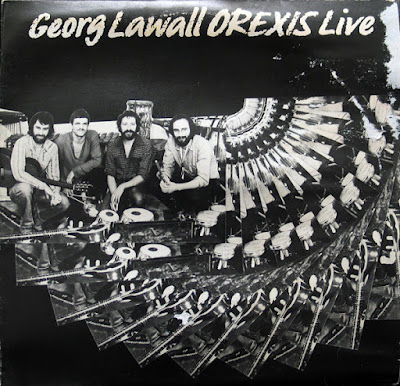 
To me here is a genre that is truly lost: progressive ethnic folk, not just simply composed, but filled with the complex european synthesis of classical composition on a background of folk instruments. This group is the brainchild of german guitarist George Lawall, who is responsible for most of the composition and (obviously) plays all guitars, as well as the sitar on some tracks. He is accompanied by flautist Knut Rossler and 2 percussionists. Amazingly Orexis produced something like 6 albums, including the self-titled debut, Inspiration and reflection, a spanish suite, communication, and this live album which has an absolutely fantastic sound quality for a live. As far as I know all these albums are lost to history except for a few vinyls here and there
Posted by Zen Archer at 6:38:00 PM