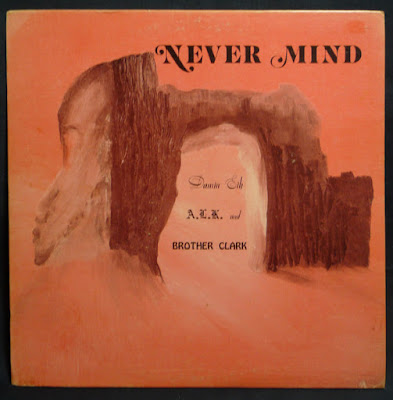 
Psychedelia was a fortuitous intervention in the development of music technology. At the same moment as recording and amplification technologies were exponentially improving fidelity and reducing signal distortion, psychedelic rock was in the process of formalizing distortion as a method of reflecting altered states of consciousness. Guitar distortion had already been a fascination for 1950s R&B artists; think of Chuck Berry’s overdriven valve amp on “Maybelline” or Link Wray’s habit of poking holes in his speaker cones to create his signature tone. This fashion for distortion led to the development of technologies such as the Fuzztone, which paradoxically lend a measure of control to distortion, focusing and directing the stochasticity of dissonance and clipping toward musical ends. This tension between the proliferation of signal distortion and the technological means to control flows of noise is one of the many alternative historical narratives of pop music.

Seen in this way, the history of psychedelic music is no longer a narrative of human genius, the expansion of the mind resulting in the expansion of pop music’s vocabulary, but rather a highly contingent meeting of technologies: psychoactive drug states reorienting attention to the excess of recorded music (i.e. noise, inharmonics, decay, etc.), and technology responding by developing ways to produce signal distortion that can be artfully controlled. Lest we forget: LSD was the accidental invention of a Swiss chemist, and the history of guitar distortion is all about the creative misuse of gear and the use of malfunctioning or modified equipment. In other words, psychedelic music became the accidental laboratory for excess, for pushing music technology beyond its limitations in order to signify the chemically-altered consciousness in which noise, transience, and decay signify as much or more than melodies and lyrics. Someone had to be the first to turn the dial on the reverb unit all the way to “wet,” completely silencing the original signal, leaving only the feedbacked echoes.

In the realm of underground psych, this logic is intensified. Unsigned psych musicians of the first era had no choice but to turn their technological limitations into an alternate set of aesthetic values. The world of vanity-press psych is filled with home producers who pushed consumer-level technologies well beyond their breaking point, not just to evoke hallucinatory perceptual states, but also to cover over weaknesses due to substandard recording and mixing equipment. The rise of “lo-fi” as a pop aesthetic in the mid-1980s (Beat Happening, Tall Dwarfs, etc.) was already old news for rare psych enthusiasts, who had long ago embraced the shortcomings of home recording as a desirable alternative to the slick, soulless commercialism of art rock and new wave. The song “Take Off Your Eyes,” by a trio with the unwieldy name Damin Eih, A.L.K. and Brother Clark, is an excellent example of these strategies at work. The song was included on Never Mind, the first and only album by the Minneapolis group, recorded and released in a tiny private press edition in 1973.

Like the rest of the album, “Take Off Your Eyes” is marked by strange mixing, guitar and bass often cancelling each other out, and the nearly incessant cymbals far too prominent in the mix. The heavy delay on the main guitar part often results in the song seeming strangely out of sync rhythmically. At times, the drums appear to be rushing forward while other elements of the composition fall behind. Though it threatens to become annoying, the persistent ping-pong doubling effect on the vocals is an unorthodox gamble that pays off, evoking the mirroring effects of psychedelics and making other syncing problems seem intentional in context. It helps that the main vocal refrain is a bit of an earworm, and the melody is more than functional, but the appeal of “Take Off Your Eyes” is ultimately its own excess. It signifies too much. It insists on its own absurd lysergic imperative too emphatically, and yet paradoxically, it is this wide-eyed (or dilated-pupil) conviction that sells the lyric’s central conceit: “Take off your eyes/ And heading toward emptiness/ You can see everything suddenly new.”

We live in a brave new world in which the evolution of psychedelic compounds and the development of new audio technologies have become articulated together in ways that are not always apparent, such that it is hard to remember it wasn’t always the case. Terence McKenna claimed that the evolutionary leap from Homo erectus to Homo sapiens was due to the monolith-like influence of psychedelic mushrooms. The specifics of his argument don’t matter as much as his basic conjecture; that the advances of humankind are incomprehensible without a consideration of what was in the water. In this same spirit, we should be willing to consider the history of pop music in terms of a machinic evolution; the ways in which technology, with its own contingencies and trajectories, may often be a decisive factor in the (r)evolution of musical forms. Would techno be what it is today without the commercial failure of the TR-606 and TB-303, two bargain basement synth modules created as electronic accompaniments for jazz musicians? Similarly, the story of psych rock is one shaped by a series of stochastic collisions between emerging technology, psychopharmacology, culture, and the human psyche.

In 1973, three young men from Minneapolis unleashed a sonic time bomb called Never Mind. The private-press album was probably hard to find even if you were a 1973 Minnesotan, and as its legend grew in subsequent decades, it became a ridiculously rare collectors' item at the top of every serious psychedelia maven's want list. There's little background info available on the trio; the only one who has maintained any kind of public profile is Clark Dyrcz, who went on to the alt-psych outfits Code 7 and DYRC. Outside of perhaps Dyrcz, no one seems to know what became of main singer/songwriter/multi-instrumentalist Damin Eih; legend has it that he went to India after releasing Never Mind and was never heard from again. Finally given its first legit CD reissue in 2010, the album these mysterious Minnesotans left behind truly lives up to its reputation. This is the acid folk record of every psych aficionado's dreams, a mind-altering journey that not only embodies the expansiveness of the era in which it was made, but goes well beyond. Never Mind has it all -- fuzzed-out electric guitar leads; hypnotic acoustic picking; ethereal, heavily processed vocals; space-is-the-place analog synth lines; atmospheric percussion -- with everything pressed into service to deliver an off-kilter song suite as heady and brain-bending as anything ever to emerge from the late-‘60s/early-‘70s golden age of head music. But for all its trippy appeal, part of the reason Never Mind has earned so much acclaim is that, unlike some other private-press artifacts from the same era, this is no amateurish, primitivist piece of "outsider" art -- these guys were skilled musicians who knew exactly what they were doing and how to navigate their way around the impressive number of instruments they played between them. Whether or not they were lysergically inspired at the time of the album's recording, it's clear that Never Mind sounds exactly the way it was intended to sound. The fact that this far-out masterpiece was far from accidental shouldn't detract from its legend; if anything, it should give listeners a greater appreciation for this obscure, unfortunately short-lived ensemble.
Posted by Zen Archer at 4:23:00 AM