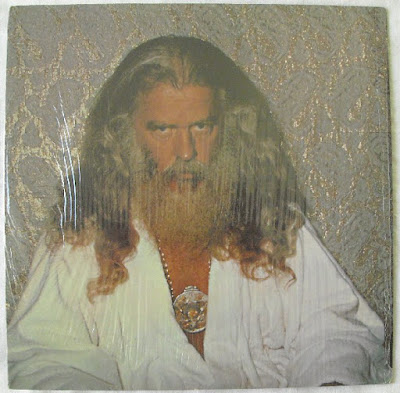 Yahowa 13 were basically a continuation of the loose ensembles that released four albums under the name Father Yod & the Spirit of '76. The main link between them, of course, was Father Yod himself, leader of the cult/sect from which these recordings emerged. For the first Yahowa 13 outing, Father Yod and his followers seemed to be making a determined effort to tread a more conventional, song-oriented path than the meandering psychedelic jams that most of the Spirit of '76 albums had. The playing isn't bad, with a tighter and bluesier feeling than the Spirit of '76 discs; the influence of the Mick Taylor-era Rolling Stones, for instance, is obvious on "Because." The problem, once again, is Father Yod, who is no singer despite his obvious enthusiasm for the enterprise. He does seem more restrained and conscientious on this album, which is good, since he's at his most grating the louder he tries to shout. He even approximates a bizarre "Can't Help Falling in Love"-style Elvis Presley vocal from time to time, especially on "Angel Boy" and "Magical Lady." The songs, however, aren't too good, and the semi-off-the-cuff-sounding lyrics not that profound. It gets into some dark material at times, with repetitious gloomy riffs that go into the less sunny sides of the mystical experience, as on "Kind of Depressing" and "Pain."
Posted by Zen Archer at 12:27:00 AM