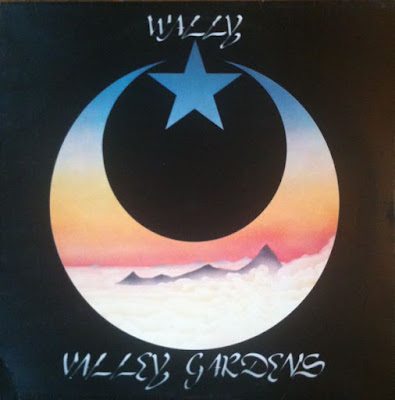 ''Valley Gardens'', released in 1975 and named after the area of Harrogate where most of the band lived, was Wally's second album. They split up following the album's release due to a lack support from their record company, although they have recently reformed and released a DVD of their comeback concert and a CD of old demos and new material. Whereas the band's debut album is a curious hybrid of country and progressive music ''Valley Gardens'' is pure symphonic, although extremely light in weight and still featuring the prominent use of traditional instruments.

Nick Glennie-Smith, who had replaced original keyboards player Paul Gerrett, ploughs straight in with a fitful synthesizer flurry on the title track before it settles into a gossamer space rock groove of intertwining Mellotron and steel guitar. ''Nez Perce'' features guest vocals by American soul singer Madeline Bell, probably most famous for her work with Blue Mink. The Nez Perce, a tribe of Native Americans, got their name from the French term for pierced noses. Among the traditions of the Nez Perce is the legend of the Wallowa Lake Monster, often referred to as Wally. This song artfully combines the band's pop sensibility with Pete Sage's ethereal electric violin, and it even managed to achieve some airplay back in the day.

''The Mood I'm In'' is a fairly nondescript West Coast ballad with a bit of saxophone tagged onto the end for interest, but it's ''The Reason Why'' that grabs the most attention here. At over 19-minutes it takes up the entire second half of the album and is based on Lord Tennyson's anti-war poem ''The Charge of the Light Brigade''. It's an ambitious, moving piece and no mistake, with a lengthy improvised instrumental section.

''Valley Gardens'' neither sucks nor rules. It will obviously have more appeal for fans of mellow progressive music, but others might even enjoy something along the way. Wally are sadly over-looked and I wonder if they would be whining if there were more than half a million reviews of their output online?
Posted by Zen Archer at 3:49:00 AM