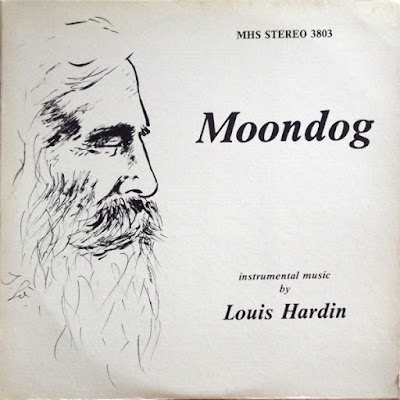 In the beginning was tonality. Then came atonality which was revolutionary. Tonality continued in folk music and popular music, in spite of atonality, but in the case of serious composers, it was taboo to even think of writing tonal on pain of being ignored and unperformed.
I persisted in writing tonal music, and by opposing the atonal revolutionaries, I became a counter-revolutionary. I maintained the tonal tradition, unaware that the founder of atonality himself had repudiated the 12-tone System, which he had conceived. But that was not the end of atonality, for even though its founder gave it up, his pupils did not, and so, for the time being, at least, it survives.
As it was in the beginning, is now, and ever shall be, Tonality!
I write much keyboard music which can be played on piano, harpsichord or even on the organ manuals. I did not start writing organ music until 1974 in Germany for my friend, the organist Paul Jordan. For the first time I began writing music for the pedals, resulting in my first LOGRUNDR Book. I combined two forms into one, the canon and the ground, giving the ground to the pedals and the canon to the manuals. I coined the word LOGRUNDR: Log meaning Law or Canon, Grundr means Ground.
I like to write chamber and choral music, especially for orchestra. But since it is not always easy to have orchestral works performed, the organ is the next best medium to give the composer vast tonal resources. In fact, I prefer the organ when it comes to writing contrapuntal music because of the sustaining power of the organ in long melodic passages. The orchestra is best in music which is harmonic and rhythmic. A Bach fugue, transcribed for the orchestra, à la Stokowski, is impressive, but not nearly so impressive as on the organ itself.
Organ versus Orchestra! A case in point, which brings to mind both "King of Instruments" and "Instrument of Kings".

LOUIS HARDIN, born in 1916 in Marysville, Kansas, wrote his first song at the age of eleven. Only several years later, however, did he make the final decision to become a composer, inspired by the book "The First Violin." After musical study with Maud Manniny, Bernard Schaefer, Anna May Sansom, and Daphne Ivans, at the lowa School for the Blind, Hardin moved in 1943 to New York, which he felt to be the musical center of America at that time.
Over the next thirty years Hardin remained in New York writing and playing his music. As a strong believer in tradition he chose to respect the ancient rules of counterpoint in his work, following them even more strictly than most composers of the past. He was attracted especially to the form of the canon: in the 1950's and 60's Hardin wrote 300 madrigals in the form of canons, and over a hundred canonically based keyboard works, including four books of The Art of the Canon for keyboard. As the canon is the strictest musical form, so the couplet is the strictest poetic form; and Hardin has authored over one thousand couplets and longer poems over the years, including the madrigal texts.
In New York, Louis Hardin, who lost his sight at age 17, met many of the greatest artists of the day, such as Artur Rodzinski, Arturo Toscanini, Dmitri Mitropolous, Leonard Bernstein, George Szell, Martha Graham, Charlie Parker, Benny Goodman and Duke Ellington. Hardin began using the name Moondog in 1947, and under that name produced several records of his music from the early 1950's on.
During a concert tour of Germany in 1974, Hardin, who in recognition of his affinity for classical tradition had previously described himself as a "European in Exile", decided to remain where he was. After a stay in Hamburg he settled near Recklinghausen where he lives today ("incognito", according to 'Le Monde'!). The present record contains a sampling of Hardin's recent music.
The four works played on harpsichord are taken from collections put together in the early 70's. The Canons in C major and C minor are from The Art of the Canon, Book 1, and the two modal works are from Troubador Harp Book 1. Though these works were not originally conceived for harpsichord, composer and performer agree that they are well suited to the instrument. The harpsichord used here was built in 1977 by Keith Hill.
The Chaconne in G was written in 1974. This piece is a Tonata in one movement.
The Romance is the second movement of a three movement Tonata in C for string quartet, completed in 1976. The Tonata is a form conceived by Hardin. He says "it is an outgrowth of the Sonata, though different enough from it to require a new name. Each Tonata is a law unto itself, though they all have much in common, all relying heaving on counterpoint, featuring the canon and the ground, relieved here and there by harmonic and rhythmic effects." The development sections of the two quartet pieces are in canon form, double 2-part canons. In the Romance it has the added feature of being a mirror canon. The Pannonia String Quartet of Marl has been playing together since 1975.
The Heimdall Fanfare forms part of the Creation, begun in 1971, Hardin's most ambitious contrapuntal work to date. The work tells the story of the Nordic Creation myth; in music and elegaic couplets the music is based on the first nine notes of the overtone series of the note g, used in order as a contrapuntal theme. The Fanfare is a nine-part canon in the dorian mode. Heimdall, a figure from the Nordic mythology, is the watchman of Asgard, who blows the Gjallar-Horn.
The Chaconne in C for organ was written in 1967. Along with the other organ works recorded here, it is played on the Breil organ of the Herz-Jesu Kirche, Oberhausen. The works on side two are taken from the Logrundr Book One for organ, written between 1974 and 1976 and dedicated to Paul Jordan. Like the twelve books of Madrigals and the four books of The Art of the Canon, this collection contains 25 pieces in all keys, arranged according to the circle of fifths, beginning and ending with pieces in C major. The works are canons over a repeated bass, sometimes with a coda. The counterpoint in all of Hardin's canons is invertible, allowing the order of parts to be reversed in the middle of each piece. Logrundr XIX is a portrait of the composer's mother.
About organ sound, Louis Hardin has said, "I like the diapason and the flutes the best, and care very little for the reeds. I like a clear, pure classic tone on the organ, without vibrato." On Hardin's being asked why some of the organ pieces as recorded here have reeds, the reply was, "Ask Storfinger".
Hardin is currently at work on a second Logrundr Book, dedicated to Fritz Storfinger, which will contain organ duets as well as solo organ pieces.

FRITZ STORFINGER of Oberhausen was born in 1951 as the son of an organ builder, and studied under Sieglinde Ahrens, among others. During the last two years he has been playing concerts of music by Louis Hardin in Germany.
GAVIN BLACK was born in 1957, and lives in New Haven, where he studied organ with Wendell Piehler and Paul Jordan. He has also studied in Princeton with Eugene Roan, and in Frankfurt-am-Main.
Posted by Zen Archer at 7:26:00 PM