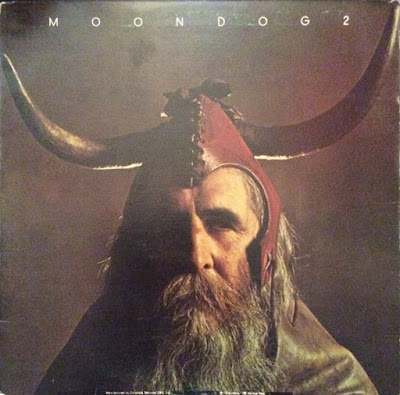 
Big Brother and the Holding Company featuring Janis Joplin covered the song "All Is Loneliness" on their 1967 self-titled album. The song was also covered by Antony and the Johnsons during their 2005 tour. New York band The Insect Trust play a cover of Moondog's song "Be a Hobo" on their album Hoboken Saturday Night.


The following are excerpts from Moondog´s original notes:

I began writing rounds in the late winter or early spring of 1951. I vaguely remember writing my first one, "All is Loneliness," in a doorway on 51st Street between 7th Avenue and Broadway. For the next year or two I wrote about six dozen rounds, in fives and sevens.... In 1968, when I heard that Big Brother and The Holding Company had recorded "All is Loneliness," I took to writing them again, this time concentrating on rounds in more conventional meters of 4/4, 2/4, 3/4. The rounds of the earlier fifties were all four-part, each having a compass of an octave. In the new rounds I did not limit myself to four-part nor to the compass of an octave.
The four-part rounds of Book I, all of the early fifties, are 2, 4, 5, 6, 8, 9, 11, 13, 14, 15, 16, 17, 18, 20, 22 and 23. The rest of Book I was written in June of 1968. Of these, the five-part rounds are 1, 10, 19, 21, 24 and 25. The six-part are 7 and 12. The seven-part is 3.
By July 1968 I had Book I printed up and was selling it on the street. One September evening a young man fell by the Warwick and started rapping. It was Jim Guercio. I laid a copy of Book I on him, never expecting anything would come of it. A year later he came by again with a man from Columbia Records. So three years after laying Book I on him, he recorded it and brought it out. Book I is the first of a series of nine finished books, each book having twenty-five rounds in it.
The round, the strictest of all canonic forms, has a tradition that goes back hundreds of years in European musical history. Rounds are eternal, they stop only when you stop repeating them. Perhaps the first rounds I ever heard in my childhood were "Three Blind Mice" and "Row, Row, Row Your Boat."
All the instruments used on this record are acoustical, some old and some new. Of the old we used primitive pipe organ, virginal, harpsichord, recorder and viola da gamba. The modern instruments used were piano, celeste and guitar. The voices are my daughter June and myself, made to sound like a chorus by overdubbing. We both sing with straight tone, without vibrato, a sort of classical folk, almost ecclesiastical, or right out of Monteverdi.
The following are the musicians who participated in making this record: June Hardin: vocals, percussion; Louis Hardin: vocals, percussion; Kay Jaffee: virginal, recorders, piano, harpsichord, ancient organ; Michael Jaffee: recorders, guitar; Stephen Silverstein: schom; Judith Davidoff: viola da gamba. Another instrument used on the record is the troubadour harp, a harp without foot pedals, played by Gillian Stephens. She plays the chaconne entitled "Pastorale" that I wrote for her in the fall of 1970. In certain of the percussion tracks Jim sat in, doing a solo ad lib part against my drums for 22, also sitting in with June, me and others when percussion was recorded for 11, 14, and 18.
Though the pieces are all rounds, I call them "madrigals" which range far afield in subject matter, compared to the early madrigals which deal mainly with love.
- Moondog

The only direct comparison that I can make of this album is that it reminds me of Gentle Giant.  Moondog2 was, almost secretly, attached to my copy of Moondog (1969). It wasn't until the orchestra disappeared and it was replaced by a carnival that I said "wait a minute".

The album cover is certainly no letdown from its predecessor.  Moondog should have played a role in an Asterix & Obelix movie.  He could have played an incredibly strong blind guy that beat their battle drums.

This album represents a dramatic change of musical style from Moondog's previous eponymous album.  Whilst Moondog blended Jazz and classical styles with an Orchestral backing, this recording consists of songs that sound like contemporary madrigals.  Moondog and his daughter provide the vocals which are multi-tracked and delivered in rounds.  Strong percussion and acoustic instruments are added to the blend creating dense, insistent rhythms.  In many ways, "I Love You" is the stand-out track as the repetitive rounds create interesting word-play.

Granted, while listening to the 26 songs your mind can wander a bit.  "Down  is Up" made me laugh out of its total brilliance.  Gentle Giant missed the boat big-time by not collaborating with Moondog.  I think Williams Shatner could have done some work with him too. Yes, A William Shatner/Moondog Christmas.