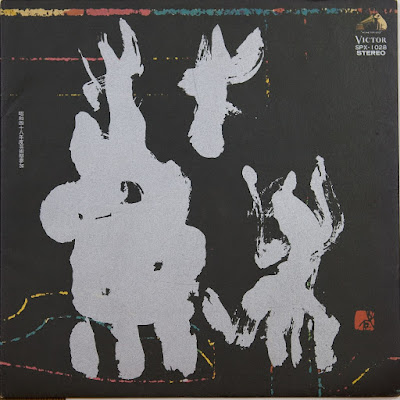 
Shakuhachi master and band leader Muraoka recorded scores of records over the years, covering all kinds of ground, with a focus on integrating the traditional Japanese shakuchachi flute into modern western-style music. His most interesting period (from a rock/jazz listener's perspective) unsurprisingly coincided with the experimental New Rock boom in Japan circa the early/mid 70s. His most well-known works are from earlier on in this timeframe, when he released albums like "Osorezan" and "Bamboo", which have long been popular with the rare groove/DJ crowd. But after this he developed a darker, more experimental streak, releasing a string of albums with his New Dimension Group where he started to twist and mutate traditional Japanese music to his own ends, leading to fascinating efforts such as "Jigen" (1972) and "So" (1973). However, these were still probably too traditional to catch the ear of many prog/psych listeners.