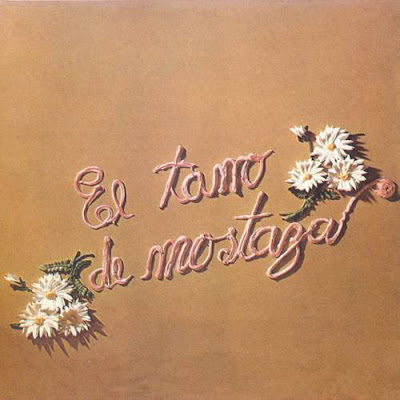 
Lot of misinformation about this title, but deep in the bowels of the internet (yea, I don't recommend you go there often either), I found a Spanish language interview (from a local Veracruz newspaper!). And with the ever trusty help of Google translate, I was able to discern a few interesting facts.

The album was actually recorded in 1968, but not released until two years later. Apparently it was a "happening sound in", and the band was forced to play for hours on end, with no chance to sleep, eat, bio breaks, etc... Obviously not a pleasant experience for the participants. The name of the band was Los Sonidos (The Sounds), but the producers (rightly I think) suggested that the moniker was boring. And so the band arbitrarily picked Mustard Jar because it was both solid and hard (ummm... sure.... ok). I also found a little nugget that Spain's Guerssen has (or had) been in hot pursuit. The article goes back to 2009, and Guerssen is one of the best - if not THE best - reissue label today. So if they can't get it done, not sure anyone else could - legitimately of course.

Musically, the album consists of two distinct sides. One is a lengthy jam with killer organ (really old stock too - like a Farfisa) and guitars. The other side is more psychedelic pop, but you're never too far away from a blistering acid guitar solo. For 1968 Mexico, this was really quite a pioneering effort.