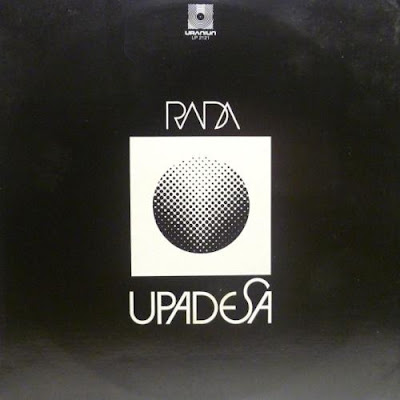 
Angel Rada was born in La Habana Cuba October 9, 1948 and brought to Venezuela when he was one year old. In 1970 he plays keyboards for the Venezuelan band "Gas Light" releasing some singles and original music for a movie. He studied in German Friederiann Universitat in Munich Germany in 1973 and studied Electronic Music at The Musik Hochschule in Munich around 1978

Astounding and utterly obscure instrumental avant synth confections that could easily pass as prime era Sky Records fodder but cut with a wooly enveloping amorphousness that favorably compares with library music synth god Bernard Fevre. Often rather like listening to Zuckerzeit-era Cluster or Tyndall thorough a film of narcotic purple syrup, this treasure's been on virtual repeat play for the last week here at casa Lumbleau, and it's spell over me doesn't look to be abating anytime soon...