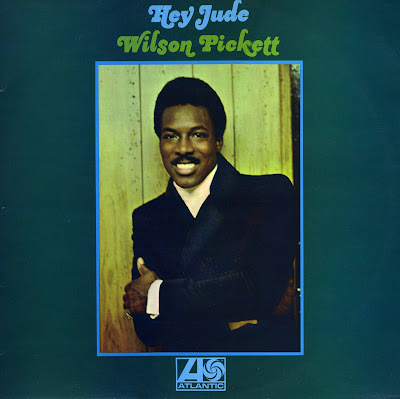 
Of the major '60s soul stars, Wilson Pickett was one of the roughest and sweatiest, working up some of the decade's hottest dancefloor grooves on hits like "In the Midnight Hour," "Land of 1000 Dances," "Mustang Sally," and "Funky Broadway." Although he tends to be held in somewhat lower esteem than more versatile talents like Otis Redding and Aretha Franklin, he is often a preferred alternative of fans who like their soul on the rawer side. He also did a good deal to establish the sound of Southern soul with his early hits, which were often written and recorded with the cream of the session musicians in Memphis and Muscle Shoals.

Before establishing himself as a solo artist, Pickett sang with the Falcons, who had a Top Ten R&B hit in 1962 with "I Found a Love." "If You Need Me" (covered by the Rolling Stones) and "It's Too Late" were R&B hits for the singer before he hooked up with Atlantic Records, who sent him to record at Stax in Memphis in 1965. One early result was "In the Midnight Hour," whose chugging horn line, loping funky beats, and impassioned vocals combined into a key transitional performance that brought R&B into the soul age. It was an R&B chart-topper and a substantial pop hit (number 21), though its influence was stronger than that respectable position might indicate: thousands of bands, black and white, covered "In the Midnight Hour" on-stage and record in the 1960s.

Pickett had a flurry of other galvanizing soul hits over the next few years, including "634-5789," "Mustang Sally," and "Funky Broadway," all of which, like "In the Midnight Hour," were frequently adapted by other bands as dance-ready numbers. The king of that hill, though, had to be "Land of 1000 Dances," Pickett's biggest pop hit (number six), a soul anthem of sorts with its roll call of popular dances, and covered by almost as many acts as "Midnight Hour" was.

Pickett didn't confine himself to the environs of Stax for long; soon he was also cutting tracks at Muscle Shoals. He recorded several early songs by Bobby Womack. He used Duane Allman as a session guitarist on a hit cover of the Beatles' "Hey Jude." He cut some hits in Philadelphia with Gamble & Huff productions in the early '70s. He even did a hit version of the Archies' "Sugar, Sugar." The hits kept rolling through the early '70s, including "Don't Knock My Love" and "Get Me Back on Time, Engine Number 9."

A Man and a Half: The Best of Wilson Pickett One of the corollaries of '60s soul is that if a performer rose to fame with Motown or Atlantic, he or she would produce little of note after leaving the label. Pickett, unfortunately, did not prove an exception to the rule. His last big hit was "Fire and Water," in 1972. He continued to be active on the tour circuit; his most essential music, all from the 1960s and early '70s, was assembled for the superb Rhino double-CD anthology A Man and a Half. It's Harder Now, his first new material in over a decade, followed in 1999. Pickett spent the early part of the 2000s performing, before retiring in late 2004 due to ill health. He passed away on January 19, 2006, following a heart attack.

Wilson Pickett and the Muscle Shoals session crew with whom he cut most of his best work thankfully had the good sense to not try to go psychedelic when the pop charts went all day-glo in the late 1960's, but that's not to say they didn't make an effort to change with the times. On Hey Jude, Pickett and producer Rick Hall decided to throw a couple of recent rock covers into the mix, and while Pickett's version of "Hey Jude" suggests that he isn't entirely sure what it is he's singing about, he still belts it out with his typical level of commitment and builds up to a proper fury at the end; he sounds more comfortable with the neo-biker bombast of "Born To Be Wild", a combination of artist and material that works far better than anyone would have a right to expect. But the most notable change in Pickett's approach for this album was the addition of Duane Allman on guitar; his wirey, blues-accented leads don't overpower the album, but they add a noticeably harder texture to the sound, and that seems to suit Pickett, one of the toughest soul shouters of his time, just fine. Most of the Hey Jude is dominated by hard Southern soul numbers like "A Man and a Half" and "Toe Hold", and Pickett, one of the most dependable performers on the 1960's soul scene, gives a typically con brio performance on all ten tracks, and the sharp report of the horn section and Allman's blistering guitar makes for music just as potent as the wail of the lead singer, which is not an accomplishment to be sneered at. 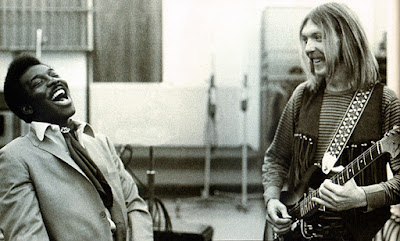 In 1969 Wilson Pickett returned to Alabama to record at Fame Studios again. Together they produced a stunning cover of The Beatles' recent hit "Hey Jude", which when released went to #23 on the pop chart, #13 on the R&B chart, and also #16 over in the UK (his second biggest hit in the UK). The song was notable for featuring some blistering lead guitar from Duane Allman, who was at the time working as a session musician in Muscle Shoals.
Another Fame-produced album followed, perhaps one of his best, full of the sort of funky southern soul grooves typical of Wilson Pickett. As well as "Hey Jude", there was a surprising cover of Steppenwolf's "Born To Be Wild" - the inclusion of these two songs suggests the album could have been some sort of attempt to cross over and reach a rock audience. The album included another minor hit, Bobby Womack's "People Make The World (What It Is)"