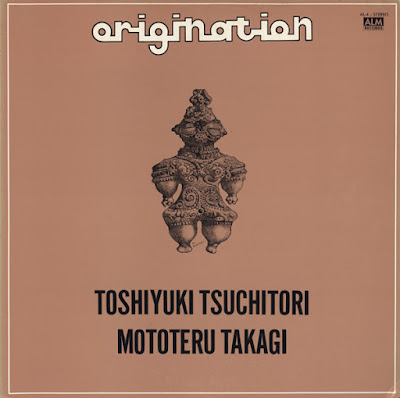 Toshi Tsuchitori, born in 1950 in the Japanese prefecture of Kagawa, began playing the traditional Japanese drums at an early age. Since the Seventies, he has performed internationally with specialists of free form improvisation such as Milford Graves, Steve Lacy, Derek Baily and others. In 1976, he worked with Peter Brook’s theatre group for the first time and has since written the music for the productions of “Ubu“, “The Conference of the Birds“, “L’os“, “The Mahabharata“, “The Tempest“ and “The Tragedy of Hamlet“. He has studied traditional music styles of around the globe and presents the results of his research into the earliest manifestations of Japanese music with which he deals since ten years at his performances. A series of prehistoric Japanese sounds under the titles “Dotaku“, “Sanukaito“ and „Jomonko“ were published under his name as well as two books: His autobiography, “Spiral Arms”, and a study on prehistoric Japanese music entitled ”The Sounds of Jomon“.

Mototeru Takagi (28 December 1941 - December 2002) was a Japanese tenor saxophone player, known for playing in a distinctive and powerful free jazz style. He played with many of the most important Japanese free groups and musicians during the seventies, such as ESSG and those of Masahiko Togashi, Motoharu Yoshizawa and Masayuki Takayanagi.

Takagi was born in Osaka in 1941, but grew up in Yokohama. During his younger years, he spent time in the bands of players like Charlie Ishiguro and Hisashi Sakurai, but only really began developing his distinctive free style when he joined the Motoharu Yoshizawa Trio in 1968. The following year he joined Togashi's Quartet and ESSG. After Togashi's accident, Takagi played briefly with Masayuki Takayangi's New Direction Unit and in a duo with percussionist Sabu Toyozumi. From November 1973 he spent one year playing in France, returning to Japan in November 1974. Takagi recorded very few albums as a leader over the course of his career, but he was highly valued as a collaborator by many Japanese jazz, rock and avant-garde musicians.
Posted by Zen Archer at 8:12:00 PM