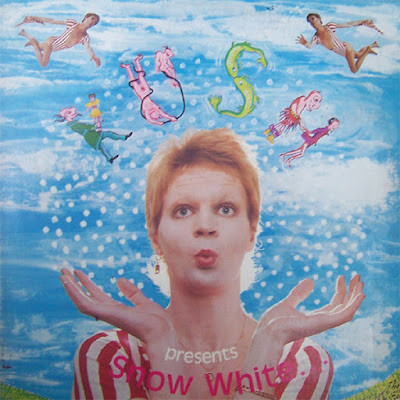 
There are so many styles on this album that it is hard to classify. I guess the defining sound of Kush would be lead singer Jeff Duff's powerful, gruff voice (reminds me a little if Ian Dury), and funky horn section ala Chicago (they covered "Does anybody really know..." on this album, BTW).

However, the band also extends itself into full-blown progressive rock in songs like "Christopher John Suite" (which reminds me of something King Crimson or Yes might have done at that period). Check out the lush mellotrons and flutes! The fantastic "Satanic Deity" has flavours of Blue Oyster Cult or even Herbie Hancock, with a great extended middle section best described as progressive funk.

Contrast this with a song like "Easy Street" which is 12-bar rock song. I also love "Alright in the City" - a song that could be home on a Stevie Wonder or Earth Wind and Fire album, with it's densely complex horns making a cutting interplay with Duff's voice. And yes, it does have a cover of Mcarthur Park - done pretty straight up. I find this song listenable but unessential.

Dispite their obvious influences, Kush still manages to carve out a unique voice, and write energetic music very stong on melody and harmony. This band won't appeal to everyone, but fans of early 70's funk and progressive will find much to enjoy. The 2007 remaster features georgous, clear sound and does justice to a long out-of-print minor Australian classic.

It may appeal to fans with tastes as diverse Chicago, Steely Dan, Yes, early 70's King Crimson, and 70's funk and fusion.