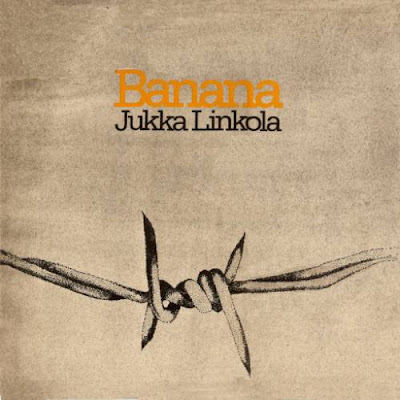 
Jukka Tapio Linkola (born July 21, 1955 Espoo, Finland ) is a Helsinki-based jazz pianist , bandleader and composer. He studied at the Sibelius Academy in Helsinki 1972-1980, and in addition has made a study trip to the United States. He served on the Helsinki City Theatre's conductor from 1979 to 1992.


Composer, conductor and pianist Jukka Linkola began his career in jazz, but since the 1980s he has become better known as a composer of serious music. His repertoire as a composer is exceptionally large. It contains not only orchestral works, concertos and chamber music but also operas, songs, musicals and jazz. In all, 40 recordings of Linkola’s works have so far been released. Linkola has composed a wealth of music for the stage. In 1976 he composed the music for a production by the Dance Theatre Raatikko called “Banana”.

He composed the musicals “Peter Pan”, “Kallion kimallus”, “Peer Gynt” and “Boris Godunov” and the ballet “Näkki” for the Helsinki City Theatre, the musical “Max and Moritz” for the Theatre 2000 in Tampere, “Antti Puuhaara” for the Tampere Theatre and the musical “King Lear” for the TTT-Theatre of Tampere. In 1989 the Finnish National Opera commissioned a ballet for the story by Astrid Lindgren “Ronia the Robber’s Daughter... [long biography follows]

So we see again how brilliant music can be when a classical education is combined with willingness to delve in the realms of jazz and rock. I'm not surprised to read that this is music for dance since it has that extreme variety and change that is typical of ballet. We start with a very atmospheric opening, a sustained piano note (Linkola plays all keys) leading into a very pohjola or wigwam-like sequence of piano chords. Side one progresses into some fairly soft conventional light fusion sounds. By track 5 it seems the experimentation session has gotten started with those typical smooth sounding dark grooves that we often hear in northern european jazz combining electric piano and a lot of minor seconds.
Side two then proceeds into the stratosphere of musical ingenuity. I believe the sixth song is a copy or direct quote of Debussy's Cathedrale Engloutie with the right and left hands playing same chords but I may be wrong. The sense of drama starts to really build up. Track 7 returns us to euphony with a sax and acoustic guitar melody accentuated with electric piano arpeggios sounding like ibises flying off. A long track ensues with all kinds of styles cycling throughout, a more classical composed opening moves into finnforest style electric jazz ending in a gorgeous electric guitar solo and drum break. The prologue is quoted from again with the sustained piano notes, with a really out of this world spacey piano composition in the middle that to me all on its own makes the whole work priceless. The album curiously closes out with some very conventional chord changes on a light fusion sound-- I would almost call it a throwaway song.

What a work! As usual I can only pray someday this kind of music can be regarded rightfully as on a par with the more famous composers in the canon of western music.
Again mention should be made of the brilliant album cover showing barbed wire in closeup. How this refers to banana [republic?] I don't know.