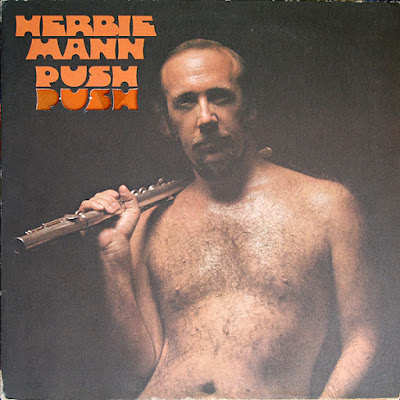 Herbie Mann played a wide variety of music throughout his career. He became quite popular in the 1960s, but in the '70s became so immersed in pop and various types of world music that he seemed lost to jazz. However, Mann never lost his ability to improvise creatively as his later recordings attest.

Herbie Mann began on clarinet when he was nine but was soon also playing flute and tenor. After serving in the Army, he was with Mat Mathews' Quintet (1953-1954) and then started working and recording as a leader. During 1954-1958 Mann stuck mostly to playing bop, sometimes collaborating with such players as Phil Woods, Buddy Collette, Sam Most, Bobby Jaspar, and Charlie Rouse. He doubled on cool-toned tenor and was one of the few jazz musicians in the '50s who recorded on bass clarinet; he also recorded a full album in 1957 (for Savoy) of unaccompanied flute.

After spending time playing and writing music for television, Mann formed his Afro-Jazz Sextet, in 1959, a group using several percussionists, vibes (either Johnny Rae, Hagood Hardy, or Dave Pike) and the leader's flute. He toured Africa (1960) and Brazil (1961), had a hit with "Comin' Home Baby," and recorded with Bill Evans. The most popular jazz flutist during the era, Mann explored bossa nova (even recording in Brazil in 1962), incorporated music from many cultures (plus current pop tunes) into his repertoire, and had among his sidemen such top young musicians as Willie Bobo, Chick Corea (1965), Attila Zoller, and Roy Ayers; at the 1972 Newport Festival his sextet included David Newman and Sonny Sharrock. By then Mann had been a producer at Embroyo (a subsidiary of Atlantic) for three years and was frequently stretching his music outside of jazz. As the '70s advanced, Mann became much more involved in rock, pop, reggae, and even disco. After leaving Atlantic at the end of the '70s, Mann had his own label for awhile and gradually came back to jazz. He recorded for Chesky, made a record with Dave Valentin, and in the '90s founded the Kokopelli label on which before breaking away in 1996, he was free to pursue his wide range of musical interests. Through the years, he recorded as a leader for Bethlehem, Prestige, Epic, Riverside, Savoy, Mode, New Jazz, Chesky, Kokopelli, and most significantly Atlantic. He passed away on July 1, 2003, following an extended battle with prostate cancer. His last record was 2004's posthumously released Beyond Brooklyn for Telarc. 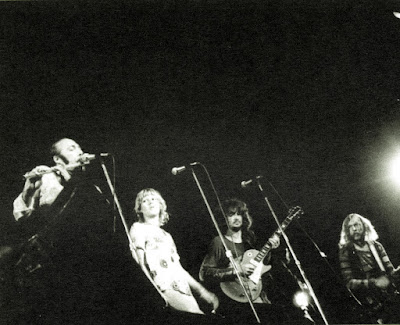 Be forwarned if you're a Duane Allman fan seeking some of his trademark southern blues slide guitar: this is a Herbie Mann recording where the instrumentalists for the most part serve as a soapbox for Mann's flute excursions. Only one song, the title track, give Duane significant room to move.

'Push Push' was released in 1971, directly on the heels of some of the most celebrated songs appearing in the collection. In March and April of that year Marvin Gaye took 'What's Going On' to number two on the national charts, The Jackson Five took 'Never Can Say Goodbye' to number two, and Bread took 'If' to number four. The other charting song is Ray Charles 1959 number six classic, 'What'd I Say'. The disc also offers two Mann compositions, the title track and 'Man's Hope', as well as a bonus track not appearing on the original vinyl, the Grammy winning 'Funky Nassau', which was penned by Bahamian songwriter Dr. Offff Fitzgerald and his cousin, Raphael Munnings. Aretha Franklin rounds out the songwriting, contributing 'Spirit In the Dark'. There is absolutely nothing to complain about in these selections; each is a stunner, with Mann's own work holding up well among the more highly touted commercial successes.

The session musicians employed by Mann have references that read like a who's who among the era's most accomplished artists. David Spinoza, whose credits include stints with Paul McCartney and Paul Simon, gives Allman a break, offering a lead guitar solo on 'Man's Hope'. Ralph McDonald, who supports Bernie Purdie and Al Jackson Jr.'s drums with percussion accompaniment has backed David Bowie and Jimmy Buffett. And Donald 'Duck' Dunn, who earned a space in the Rock and Roll Hall of Fame as an MG for Booker T. Jones, has aksi played behind The Blues Brothers and Neil Young. Chuck Rainey also plays bass, and he has performed with Steely Dan and The Eagles. Allman himself has added his talents to recordings by John Hammond, Wilson Pickett, Boz Scaggs, Eric Clapton, and Aretha Franklin. How's that for name dropping?

The music itself is an homage to sensuality. The album title and photographs accompanying the disc speak to Mann's desire to create a soundtrack for lovemaking. He succeeds to some degree, but rather than coming off as a celebration of sensuality, the album feels more traditionally romantic, especially the ballads 'If' and 'Never Can Say Goodbye'. The title track and 'Man's Hope' are the funkiest songs on the disc, and seem to produce the most inspired and imaginative response in the performers.

I owned the original vinyl version of 'Push Push' while in college, and was also fortunate enough to catch Mann when he made a summer of 1975 appearance at the Pine Knob Music Theatre in Clarkston, Michigan. It was an unusual show as Mann's back-up band, The Family of Mann, got delayed at the airport, and Mann decided to perform the first set solo. I was only sitting a few rows from the stage, and I'll never forget the mesmerizing performance this Mann put on. I was close enough to be able to hear him keeping time by tapping his foot on the stage, and it was all the rhythm accompaniment he needed. He is truly a master of his instrument.

While 'Push Push' doesn't, in my opinion, capture Herbie Mann at his best, the song selection and musical stylings probably make it his most accessible work.
Posted by Zen Archer at 7:02:00 PM