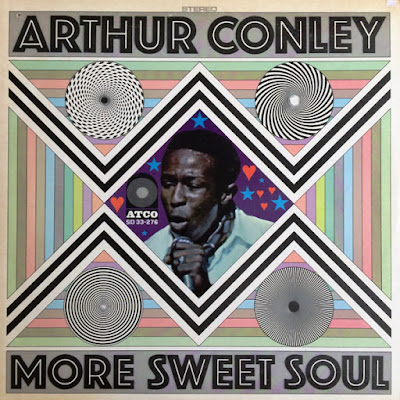 
Lee Roberts (born January 4, 1946, McIntosh, Georgia, USA – died November 17, 2003, Ruurlo, Netherlands) was an American soul singer. He began his career with the group Arthur And The Corvets. After releasing three singles at National Recording Corporation in Atlanta, he went solo releasing one single at Baltimore's Ru-Jac Records. Otis Redding signed him at his own label Jotis Records, where he released two singles.

Arthur Conley sang and (with mentor Otis Redding) co-wrote the 1967 classic "Sweet Soul Music," arguably the finest record ever made about the genre it celebrates. Born January 4, 1946, in McIntosh, GA, and raised in Atlanta, Conley was just 12 years old when he joined the Evening Smiles, a gospel group that appeared regularly on local radio station WAOK. By 1963 he was leading his own R&B outfit, Arthur & the Corvets, which over the next two years issued three singles -- "Poor Girl," "I Believe," and "Flossie Mae" -- for the Atlanta label National Recording Company. Despite Conley's graceful yet powerful vocals (which owed an immense debt to his idol, Sam Cooke), the NRC singles earned little attention, and he dissolved the group to mount a solo career, releasing "I'm a Lonely Stranger" on the Ru-Jac label in late 1964. Label owner Rufus Mitchell then passed a copy of the single to soul shouter Redding, who was so impressed he invited Conley to re-record the song at Memphis' Stax Studios. With Jim Stewart assuming production duties, the recut "I'm a Stranger" hit retail in the fall of 1965, and was just the second single to appear on Redding's fledgling Jotis imprint. Conley's "Who's Foolin' Who" followed in early 1966, and proved the fourth and final Jotis effort.

At Redding's urging, Conley signed to Atco-distributed Fame Records for his next single, the Dan Penn-written "I Can't Stop (No, No, No)." Though his strongest, most incendiary record to date, it met the same commercial indifference that greeted his previous efforts. Likewise, the follow-up "Take Me (Just as I Am)" fell on deaf ears, even though the song was a major pop hit for Solomon Burke the following year. At that point Redding took an even greater role in Conley's career, encouraging his songwriting and advising him in business decisions; while jamming on a cover of Cooke's "Yeah Man," the pair began tinkering with the original song, creating what would ultimately become "Sweet Soul Music." An electrifying tribute to the Southern soul idiom that name-checked icons including James Brown, Sam & Dave, Wilson Pickett, and -- at Conley's insistence -- Redding himself, the resulting single (Conley's debut for new label Atco) proved a massive hit, reaching number two on both the Billboard pop and R&B charts while reaching the Top Ten across much of Europe. An LP also titled Sweet Soul Music soon followed, compiling the singer's little-heard Jotis and Fame sides. Conley's next single, a reading of the Big Joe Turner chestnut "Shake, Rattle and Roll," returned him to the pop Top 40 and the R&B Top 20, although its follow-up, a cover of Cooke's "Whole Lotta Woman," reached only number 73 on the pop chart.
Conley was performing in Florida the night of December 10, 1967, when Redding and members of his backing band the Bar-Kays were killed in a Wisconsin plane crash; without Redding to run interference with Atco executives, the singer's career threatened to revert back to its rudderless beginnings, but in early 1968 Conley righted the ship, traveling to Memphis' American Recording Studios to collaborate with the crack producer Tom Dowd. The session generated some of the singer's finest material, including the Top 20 R&B hit "People Sure Act Funny," "Run On," and the stirring Redding tribute "Otis Sleep On." Best of all was the scorching "Funky Street," which hit number five on the Billboard R&B chart and number 14 on its pop counterpart. Weeks later Conley teamed with Burke, Don Covay, Ben E. King, and Joe Tex as the Soul Clan, recording the all-star LP Soul Meeting; he then embarked on a month-long tour of Europe, returning to American to cut the Dowd-produced "Aunt Dora's Love Soul Shack," a minor hit that was reportedly the inspiration for the Temptations' smash "Psychedelic Shack." Conley closed out the year by recording a cover of the Beatles' "Ob-La-Di, Ob-La-Da." Featuring the great Duane Allman on guitar, the single reached number 51 pop and number 41 R&B in early 1969.

After one final outing with Dowd, the Allen Toussaint-penned "Star Review" -- a naked and failed attempt to recapture the brilliance of "Sweet Soul Music" -- Conley signed on with producer Johnny Sandlin, returning to the R&B Top 40 in early 1970 with "God Bless." His final Atco disc, an ill-advised rendition of Harry Belafonte's perennial "Day-O," foreshadowed the poor choices that characterized his subsequent tenure with manager Phil Walden's Capricorn label. Between 1971 and 1974, Conley released only four singles ("I'm Living Good," "Walking on Eggs," "Rita," and "It's So Nice [When It's Someone Else's Wife]"), all of them substandard and none of them hits. In 1975 he relocated to England, spending several years in Belgium before settling in the Netherlands in 1980. There he legally changed his name to Lee Roberts (the first name his own middle name, the surname his mother's maiden name). A live date recorded in Amsterdam on January 6, 1980, was issued commercially in 1988 under the title Soulin' and credited to Lee Roberts & the Sweaters. In the years to follow he emerged as a successful entrepreneur. At one point in time his Art-Con Productions consisted of some nine companies, among them Sweat Records, Upcoming Artists Records, Charity Records, Happy Jack Publishing, and the New Age Culture Exchange radio station. After a long bout with cancer, Conley died in the Dutch city of Ruurlo on November 17, 2003.

When describing this dozen-song odds-and-ends package, the term "scraping the bottom of the barrel" certainly isn't too far off the mark. Not surprisingly, More Sweet Soul (1969) was R&B vocalist Arthur Conley's final solo entry on Atlantic Records' subsidiary imprint Atco. As noted on the rear LP jacket, the material is split between sessions that were held at Fame Studios in Muscle Shoals, AL, and the American Recording facility in Memphis, TN. In both instances, legendary producer Tom Dowd was behind the scenes. Likewise, it was probably Dowd who -- having worked with the burgeoning fretmeister extensively at Fame during the era -- suggested the addition of guitarist Duane Allman to their already formidable hitmaking house band consisting of guitarist Jimmy Johnson, bassist David Hood, keyboardist Barry Beckett, and drummer Roger Hawkins. With a lilt that insinuates a reggae influence, the disc kicks off with an affable update of the Beatles' White Album deep cut "Ob-La-Di, Ob-La-Da." Another subtle (but telltale) sign that More Sweet Soul was an afterthought rather than career-defining project for Conley is the lack of his own considerable and strong original material. In the instance of his previous outing, Soul Directions(1968), the artist provided a number of the better titles. Although not the rule to the same degree, his co-writing credits here are indicative of the stronger selections. The irresistible groove pulsating through "Aunt Dora's Love Soul Shack" -- which made it into the R&B Top 20 singles survey several months prior to the LP's release -- is one prime example. Similarly, "Run On" bears a syncopated strut rhythm that was an earmark of the funky sounds coming out of Memphis in the mid- to late '60s. The cut also demonstrates Conley's ability to interject himself in the arrangement, bouncing his energetic lead vocals between the horn lines à la James Brown or Conley's mentor, Otis Redding. Far from throwaways, the comparably uninspired ballad "Is That You Love" seems to retain none of Redding's trademark gut-wrenching "begging" delivery. To the same extent, the generic "Shing-A-Ling" is far from the best that he had to offer. After decades out of print in North America, Collectors' Choice Music issued More Sweet Soul and the aforementioned Soul Directions on CD in 2008. 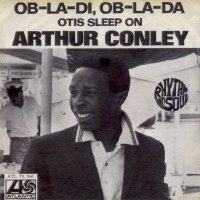 Tracks 1, 2, 4, 6, 9 & 11 recorded at Fame Recording Studios , Muscle Shoals, AL under direct supervision of Rick Hall (source: page 13 of the liner notes of the CD "I'm Living Good - The Soul Of Arthur Conley 1964-1974", Ace Records / Kent Soul CDKEND 358, UK, 2011).
The master numbers were assigned on December 6, 1968.
However, the tape ledgers from the Atlantic Records archives show that these recordings were done by Tom Dowd.
But Tom Dowd told Walter Vanderbeken:
"I first heard Duane when Rick Hall brought up the Pickett tapes to Atlantic, but I didn't get to meet him before we cut Aretha [January 1969]. I got credits for Arthur Conley's album, but half of that was done at American in Memphis. I was there for that, but to my recollection the album was finished at Fame by Jackie Avery - if memory serves me right. Again, I don't remember being there."
It is possible that Tom Dowd only did overdubs or post-production on these tracks at Atlantic Studios in New York, and that he was not present at the actual recording sessions at Fame.
And on page 10 of the booklet of the album 'Duane Allman - An Anthology' (1972) is also mentioned that the first time Tom Dowd and Duane Allman worked together was at the Aretha Franklin recording sessions in January 1969.

According to Jimmy Johnson, in the 1960's studio guitarist and sound engineer for Rick Hall's FAME Studio in Muscle Shoals, AL. and in 1969 co-founder of the Muscle Shoals Rhythm Section and Muscle Shoals Sound Studio, Duane Allman plays on: