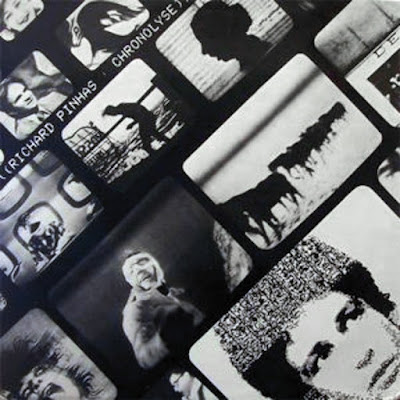 
Credit with "Dedicate it to all the SF freak" has been described in this album that hits the second work of Richard Pinhus announced in 1978.
The musician and listeners of Prog Rock are guessed that the rate of the book on SF and the fan for material was high in the 70's.

It was an element that Pinhus's the having especially worked especially imagines internal space though a lot of material overflowed in the world including various stories as for the element of SF. It might have been a challenge to the world where not the element like the fantasy and the space opera, etc. but New Wave and cyberpunks were reminiscent.

It is originally quoted from the name of the stage that appears in "The Iron Dream" where Heldon by which he was working is drawn by Norman Spinrad. Whether the original world was sent to the world by catching music from the viewpoint of Kon a very Pinhus futuristic element if it thinks from such respect and uniting the sound of his violence guitar might be understood.

When this album was made, Pinhus obtained the idea from one work. "Dune" that hit the work of the representative of Frank Herbert was a work that had been written in 1965. Pinhus establishes the creation of the tune based on this work.

This work was a work that took various thought while drawing the human race's groping and evolution. "Paul Atreides" is a boy who corresponds to the hero of the story. And, "Duncan Idaho" is a military aide of the clan of Atreides. And, "Bene Gesserit" is a name of the race of the woman who has ESP.

It is a very reformative album that develops the composition of the tune with analog machine parts that makes "Rhizosphere" of the former work a radical further in the flow of his creation. And, it is a very popular album with a very high-quality work simultaneously in the work of his Solo album. And, the fact for which this album had been made before "Interface" is deep the interest.
Posted by Zen Archer at 5:26:00 PM