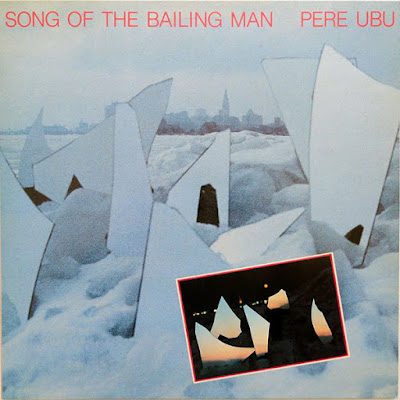 
Continuing in the spirit of The Art of Walking, this record marks the departure of drummer Scott Krauss (replaced by ex-Feelies Anton Fier), a fact significant in that when combined with the earlier departure of guitarist Tom Herman, means that at this juncture, Pere Ubu was more art and less rock. Why people were so knocked out by Fier is a mystery; here he lacks aggressiveness, plays behind the beat, and generally speaking, he doesn't push the band as hard as a drummer ought to. That said, Song of the Bailing Man is a fine, occasionally wonderful record that, at its slackest moments, sounds strained and forced, as if it were no fun to make, and it's this seriousness (instead of the usual Ubu silly seriousness) that prevents Song of the Bailing Man from being great. It's no surprise that the band went on a hiatus for six years after the release of this record, returning with 1988's The Tenement Year.
Posted by Zen Archer at 12:02:00 AM