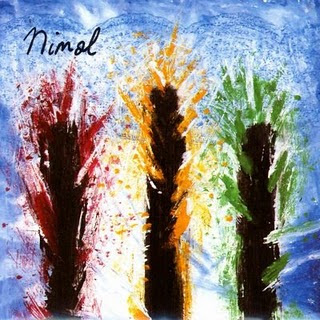 Third and last album from the third stage of the Debile Animal Rayé story. Still based on a strong European folklore music (usually heavily stamped onto Eastern European Circus-like music, this third album failed to take the previous Voix De Surface to a higher level. One must say the Huguenin is not part of this album, and this might be a definitively diminishing factor that could not be filled. Don't get me wrong, if you loved their previous one, you'll still find something to like here, but just not nearly as much. Multi-instrumentalist Rosset is still the leader, but Bratko Bibic's accordion is way too present - and I really don't appreciate accordion. Rossel also let Bibic write roughly a third of the album, and let's face that third is not my favorite either.
Indeed, the album is dragging its feet almost from start to end, with a few jolts of ideas here and there, but those never last long and are too few and rare in between. One must wait for the first real burst (outside the slightly interesting Grand Carré) until the ninth track to get some kind of enthusiastic energy but with the help of the electric guitar and some definitely trickier music a bit out of the ordinary of this album. From that moment, the album seems to pick up a bit more energy: the following Assault and Ba(a)l , the good closing Campagnes and the prophetic Ce Qu'il En Reste (what's left of it) tracks are semi- highlights (but déjà-vu from the previous album), it is too little too late to save the album, even if it ends better than it started.

Although I might appear harsh, especially after Voix De Surface, this album is way too filled with accordion for me to ever like it fully, so I'd rather not even try, past this review. Try thr previous one first, then if you really dig it, then you might want to check this ou, because there is worthy stuff in it as well.
Posted by Zen Archer at 8:35:00 PM