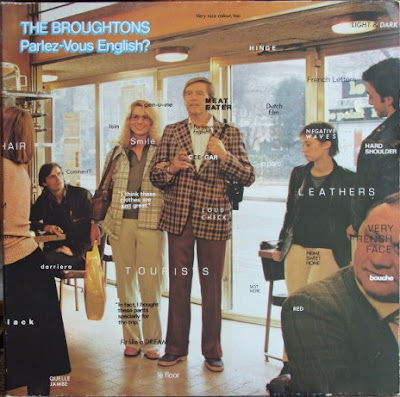 Recorded and released in 1979 in the aftermath of punk and in the heyday of new wave's cleverish cynicism, the ever political Rob "Edgar" Broughton decided to re-form his band which had disbanded in the wake of near total disinterest of the record buying public. Deeply influenced by Bill Nelson's latter day Be Bop Deluxe, Red Noise, Eno, and the Talking Heads More Songs About Buildings and Food. However, the lean and mean punk ethos was far from considered as the band became an even grander exercise in excess by being expanded from three to six musicians -- two more guitar players including Pete Tolson from Pretty Things and Tom Norden, and keyboardist Richard DeBastion joined the trio. There are also a slew of female backing vocalists on this set. The music excess on this beautifully recorded disc resulted in a couple of decent Talking Heads-saturated tracks such as "Waiting for You" and "Didecoi," the slide guitar and synth-drenched "Meglamaster," a boogie band cut complete with sound effects, and the new wave-cum-guitar-raveup that is "Down in the Jungle," with its heavily phased drums. "Young Boys," with its multivalent dynamics and sprightly roots melody, is made paranoid by the ominous vocals. Far from a winner but a bit more than a curiosity piece, Parlez-Vous English? was better than the band's "farewell" live album and its disastrous futuristic concept album Super Chip: The Final Silicon Solution that followed.