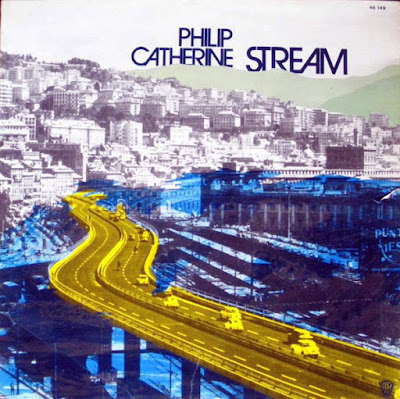 
Philip Catherine has been called the "Young Django" by none other than Charles Mingus, and upon hearing his elliptical, rapid-fire, expressively melodic acoustic guitar, there can be no doubt as to whose records he was absorbing as a youth. Born to a Belgian father and English mother living in London during World War II, Catherine went back with his family to Brussels after the war, where he learned guitar and turned professional at 17. The examples of Larry Coryell and John McLaughlin led Catherine into jazz-rock; he played with Jean-Luc Ponty's Experience from 1970 to 1972 before taking a year off to study at Boston's Berklee School. Back in Europe in 1973, he founded the band Pork Pie, which recorded into the mid- and late '70s; he also formed a duo with Niels-Henning Ørsted Pedersen and worked with such musicians as Mingus and Stephane Grappelli. If anything, Catherine is best-known in America for his duets with Coryell, which began spontaneously in Berlin in 1976, triggered some lovely duo albums for Elektra, and helped steer Coryell back to the acoustic guitar.