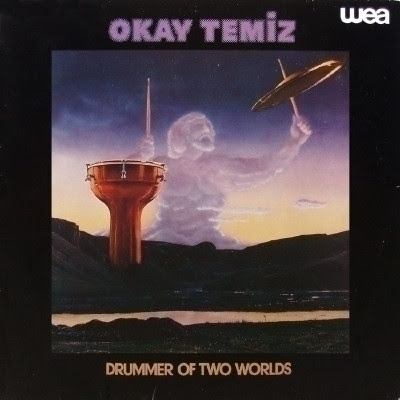 Born in Istanbul in 1939, Okay Temiz was influenced early by his mother, Naciye, who was classically schooled in music. Playing professionally since 1955, Temiz studied at the Ankara Conservatory and at the Tophane Art Institute to learn to build his own unique instruments. After meeting Maffy Falay and Don Cherry, he settled in Sweden; with Cherry and bassist Johnny Dyani he toured the U.S. and Europe (Live in Ankara, Sonet 1971). The group Xaba, with Dyani and trumpeter Mongezi Feza, was founded in 1972 (Rejoice, Cadillac 1972; Music for Xaba, Sonet 1972; Music for Xaba 2, Sonet 1979).

In 1974, Temiz created his own Oriental Wind, widely using Turkish instruments such as ney and gayda (played by Haci Tekbilek), zurna, kaval, ud, saz, and sipsi. For some performances, his mother joined the group. He always featured Turkish musicians in order to help them gain international recognition, and kept strong ties with his homeland; his all-star CD Zikir (Ada 1981) features the great ney player Aka Gündüz, pianist Tuna Otenel, and top bassist/arranger Onno Tunc, while Karsilama (Ada) is a glorified, exciting version of the percussion/zurna music accompanying wedding parties in Western Turkey. In 1991 and 1992, he released Fis Fis Tziganes (Label La Lichere) with a group of gypsy musicians from Istanbul, and Green Wave (Uzelli); in 1993, with his Magnetic Band (Ano Kato, 1995), he added South African rhythms to his palette.

After living for almost 30 years abroad, the new, more open cultural climate and the crop of younger musicians coming up motivated him to return to Turkey in 1998. He has a very intense schedule of teaching and performing there, often guesting in the most prestigious orchestras or creating his own projects that feature his invented instruments, like the hand-made copper drums, the Magic Pyramid, and Artemiz made with camel and sheep bells.
Posted by Zen Archer at 3:02:00 PM