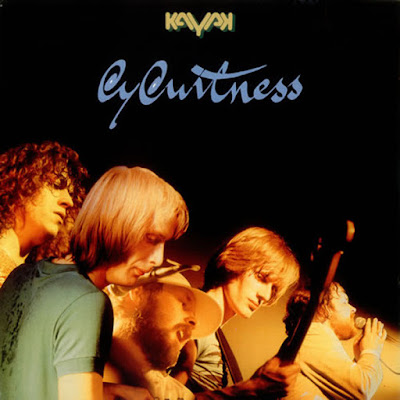 As Ton Scherpenzeel put it :"In 1981 we decided to make an album (which would turn out to be our last), that would differ from the ones we recorded up till then in the way that it would feature a number of old and new songs as they were played live". This album came out after having that idea. Unfortunately, short after the release of this live album, the band split up in early 1982. (But, as we know it, later they came back in 2000 with a groundbreaking "Close To The Fire" album).
As a live recording, minus the audience, this album is excellent addition to any prog collection. Recording quality is top notch. As for my listening pleasure, I always play this CD loudly, especially the opening track "Eyewitness" which is performed wonderfully! Some classic best tracks (there are more best tracks the band has, including "Daphne") are featured in this live recording. If you like Kayak, this is a great album. If you are new to Kayak, still I recommend you to have it!